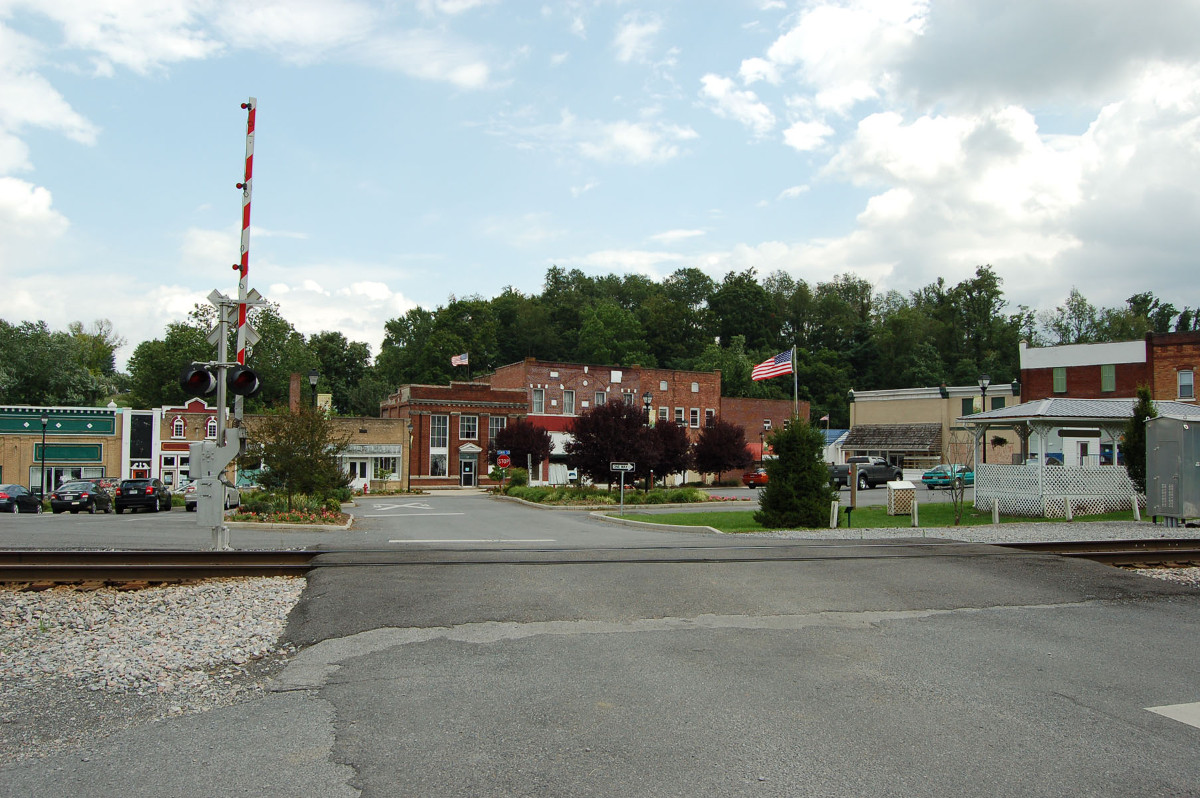 The Glade Spring Commercial Historic District comprises the core of a 19th-century community oriented toward the railroad. The oldest existing building in the district is a hotel building constructed in 1866. Representative of towns in the Valley of Virginia that arose with the arrival of the railroad, Glade Spring served as a local commercial hub and an incorporated town significant in the economic history of Washington County. The Glade Spring district retains many of the commercial buildings constructed during its heyday, displaying a variety of storefront facades, with some also exhibiting impressive and elaborate masonry techniques. Like many towns once dependent on the railroad, Glade Spring suffered a decline beginning in the mid-20th century with the advent of improved roads, Interstate highways, and a growing trucking industry that competed with the railroads for shipping freight.