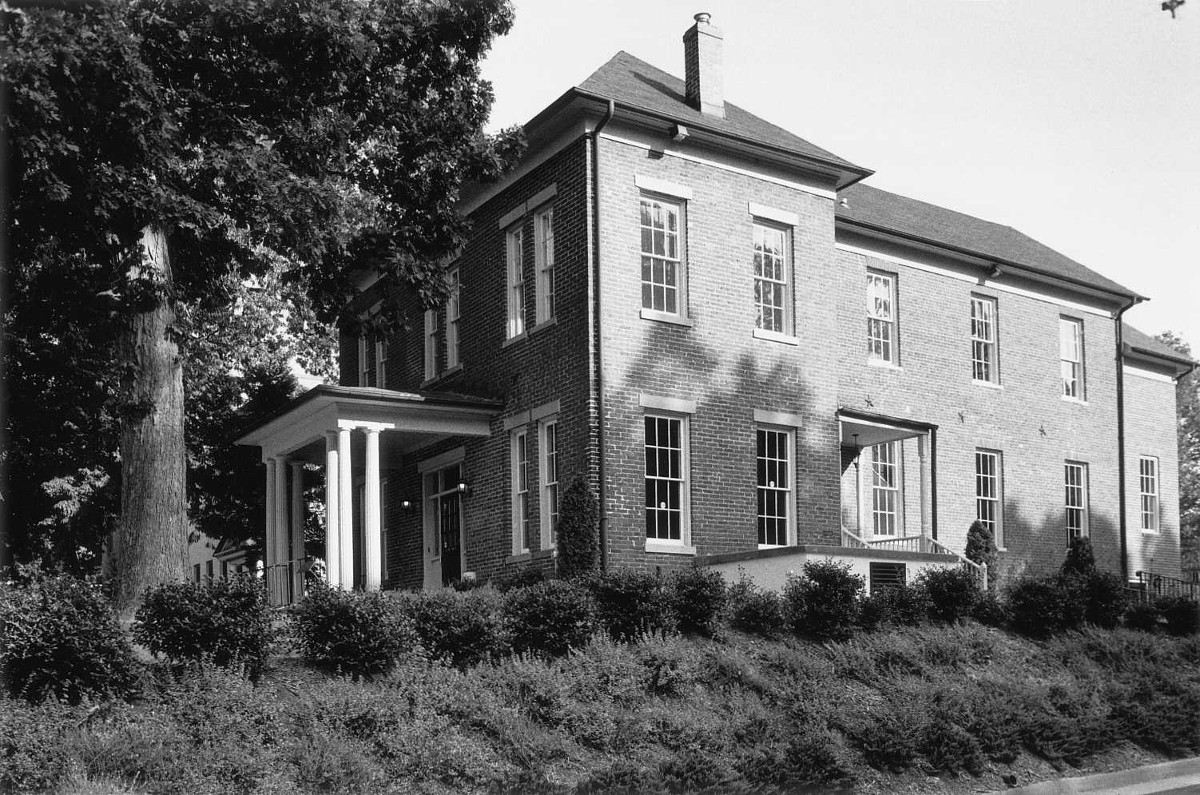 The original section of this historic school was built in 1873, four years after the ratification of the new state constitution that provided for a statewide system of public schools. The school marked the commitment of Fairfax (then called Providence) to providing free public education to the community’s elementary-level children. Like many rural schools of the period, the brick building had a gable-end front and resembled a country church. The area’s growing population necessitated an expansion of the facility in 1912. The addition, which doubled the school’s size, was attached perpendicular to the original section. With its hipped roof and tall paired windows, the addition has the simple dignity typical of schools of the era. The building stood vacant from the 1970s but has since been restored to serve as the Fairfax Museum and Visitors’ Center.