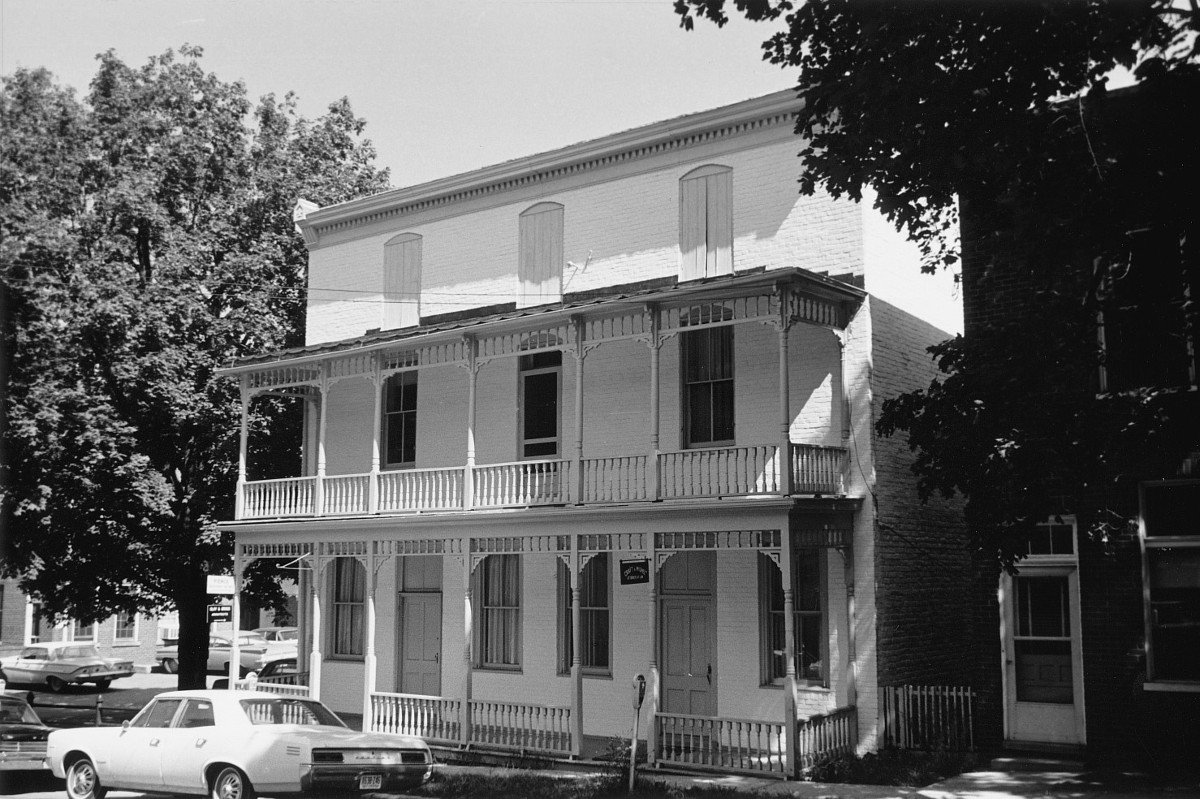 The Phlegar Building, long a familiar fixture on Christiansburg’s public square, appears at first observation as a picturesque example of a late-19th-century small-town office building. It actually incorporates remnants of the early-19th-century Montgomery County clerk’s office, originally a two-room, one-story building with a Flemish-bond brick facade, sections of which remain visible. When a new courthouse was built in 1834, the clerk’s functions were accommodated elsewhere and the building was rented out for law offices. In 1897 it was purchased by Archer A. Phlegar who added the upper stories, the two-level Eastlake gallery, and a large rear wing. The attic story was left unfinished; its windows merely ventilated the space. The property was reacquired by the county in recent decades, and the building currently houses county offices.