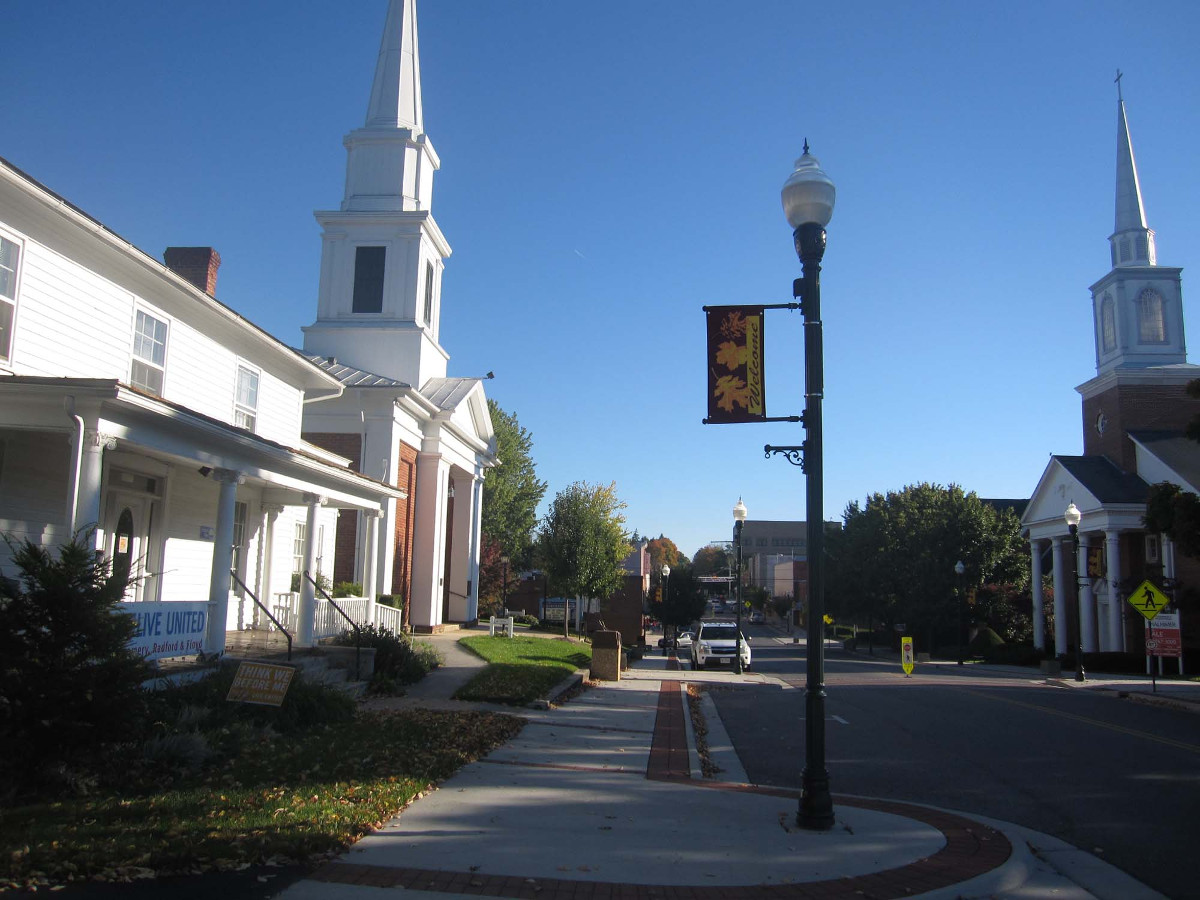 The Christiansburg Downtown Historic District dates to 1792, when the town was established as a county seat and laid out in a courthouse square plan with its two main streets intersecting at the square. The district covers the historic governmental, institutional, and commercial core of the town along with its courthouse square and associated monuments. Its buildings embody popular architectural forms and styles built between the 1850s and the early 1960s. Common architectural details include parapets, storefronts, and decorative sign panels of the Commercial Style, and less common Art Deco details such as low-relief motifs. Although the earliest courthouses in Christiansburg no longer stand, the historic monuments and 1937 Work Progress Administration–built Post Office distinguish its town square. The earliest building in the district is the Christiansburg Presbyterian Church, completed in 1853.