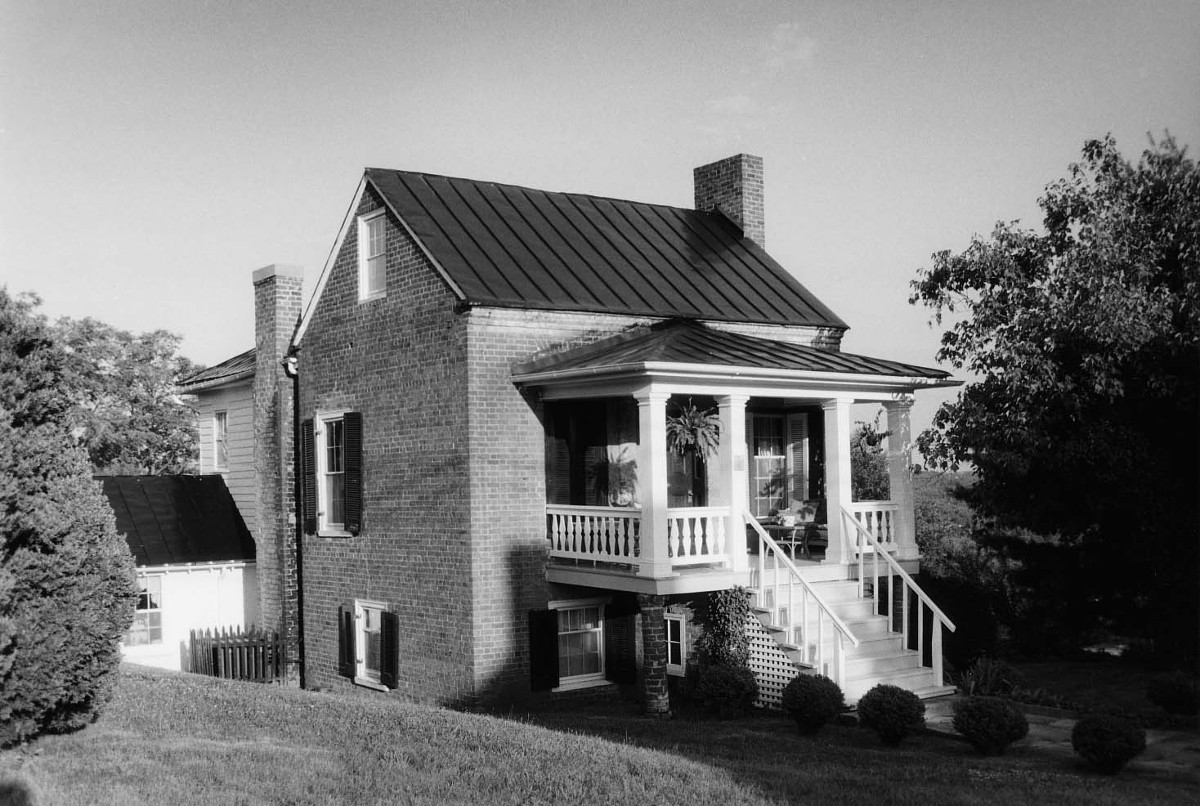 One of the rare early landmarks of Rocky Mount, the Woods-Meade House is a vernacular dwelling with sophisticated overtones and a complex evolution. The front section was built ca. 1830 or earlier for Robert T. Woods, who served in both the Virginia House of Delegates and Virginia Senate. It has distinctive masonry details including a molded brick cornice, gauged brick jack arches, and curious half-round brick pilasters and rounded brick porch supports. The latter were apparently part of a one-bay portico that was later altered. Morrison Meade acquired the house in 1834 and added a frame section on the rear wall, connecting the house to a kitchen outbuilding. The two-story addition, with side porches, made a small house into a relatively commodious one.