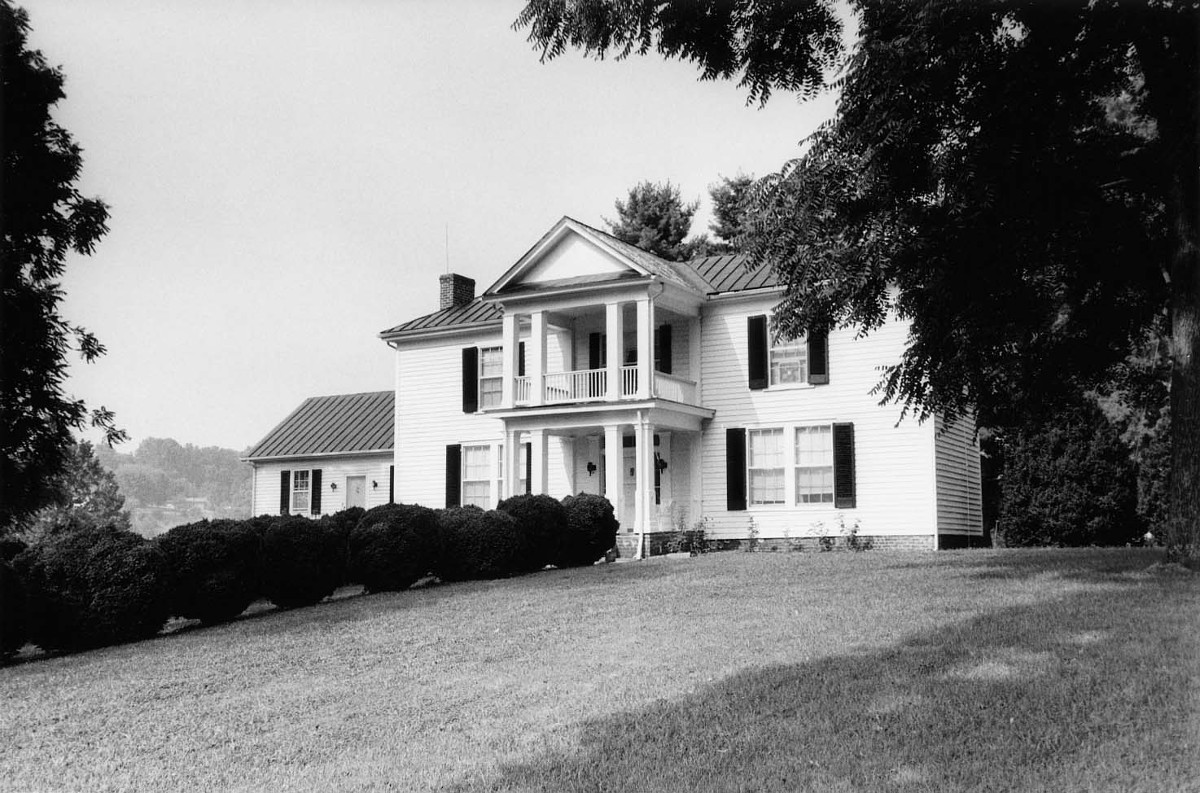 The Farm originally served as the ironmaster’s house of the Washington Iron Works, Franklin County’s first industrial enterprise. The self-sufficient 18,000-acre plantation was one of the last great iron plantations in Virginia. Franklin County’s first court met here in 1786 while the house also served as an ordinary. The original portion of the house was built ca. 1779 by James Callaway and Jeremiah Early. It was expanded in the 1820s and remodeled in the Greek Revival style in 1856. The property was purchased in 1823 by Peter Saunders, an ironmaster, who acquired the place with his brothers. The ironworks flourished under Saunders’ direction. Following flood damage in 1851, the family transformed property into an extensive farming operation. Remaining on the grounds is the kitchen/servants’ quarters outbuilding along with the office chimney and traces of other outbuildings.