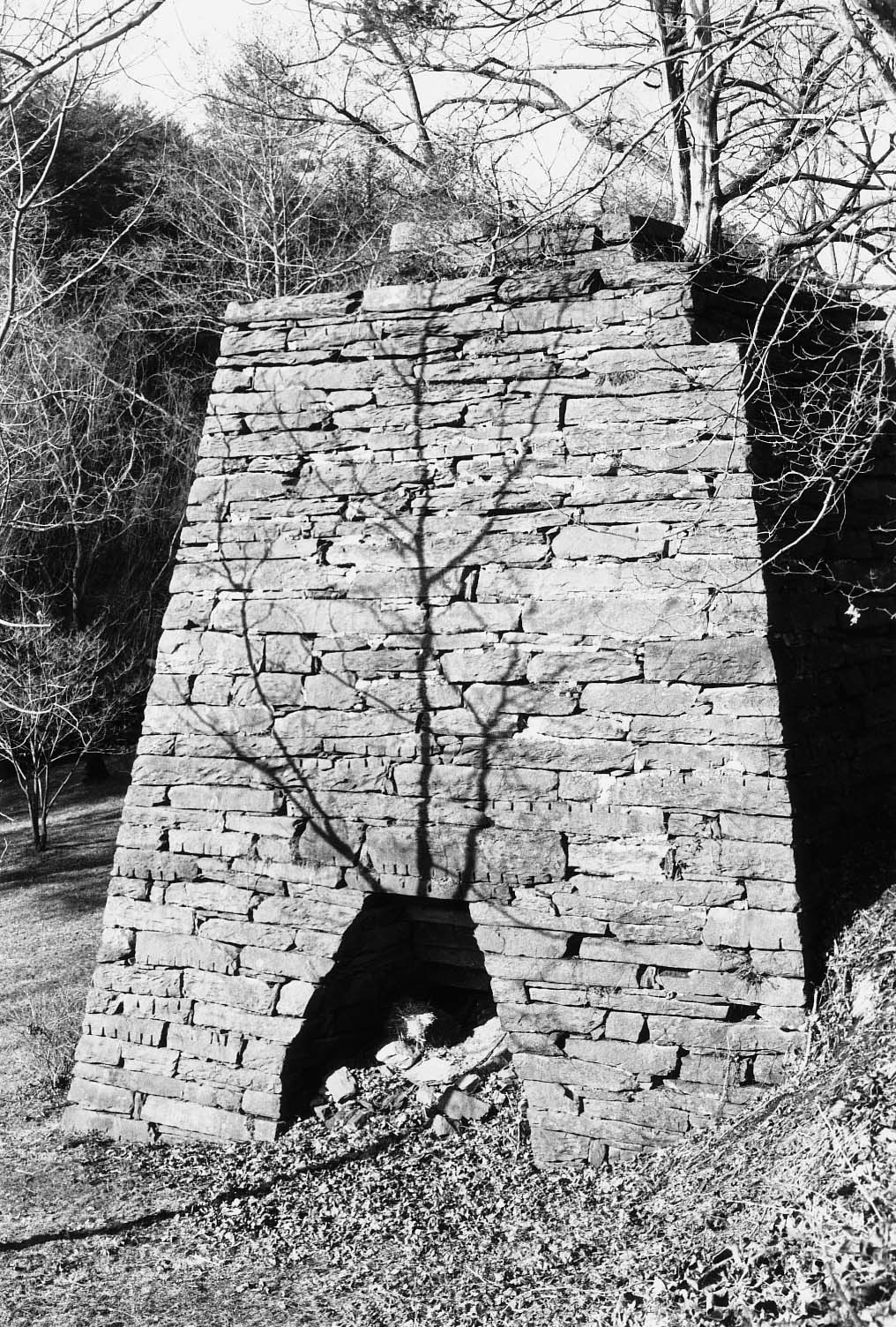 Iron was made at this site by 1773 in a “bloomery” under the direction of John Donelson, father-in-law of President Andrew Jackson. A furnace was erected on the site and was sold in 1779 to Jeremiah Early and James Callaway, who patriotically changed its name from “The Bloomery” to Washington Iron Works. The furnace entered into blast July 1, 1797. Three Saunders brothers bought the industry ca. 1820, and Peter Saunders Jr. became the iornmaster. The furnace flourished; by 1836 it employed as many as a hundred workers. In 1851, a flash flood struck the furnace while in blast, exploding the interior and ending its operation until the Civil War during which time it was again in use. The surviving furnace structure is a thirty-foot tapered granite pylon with its hearth and bellows opening at its base.