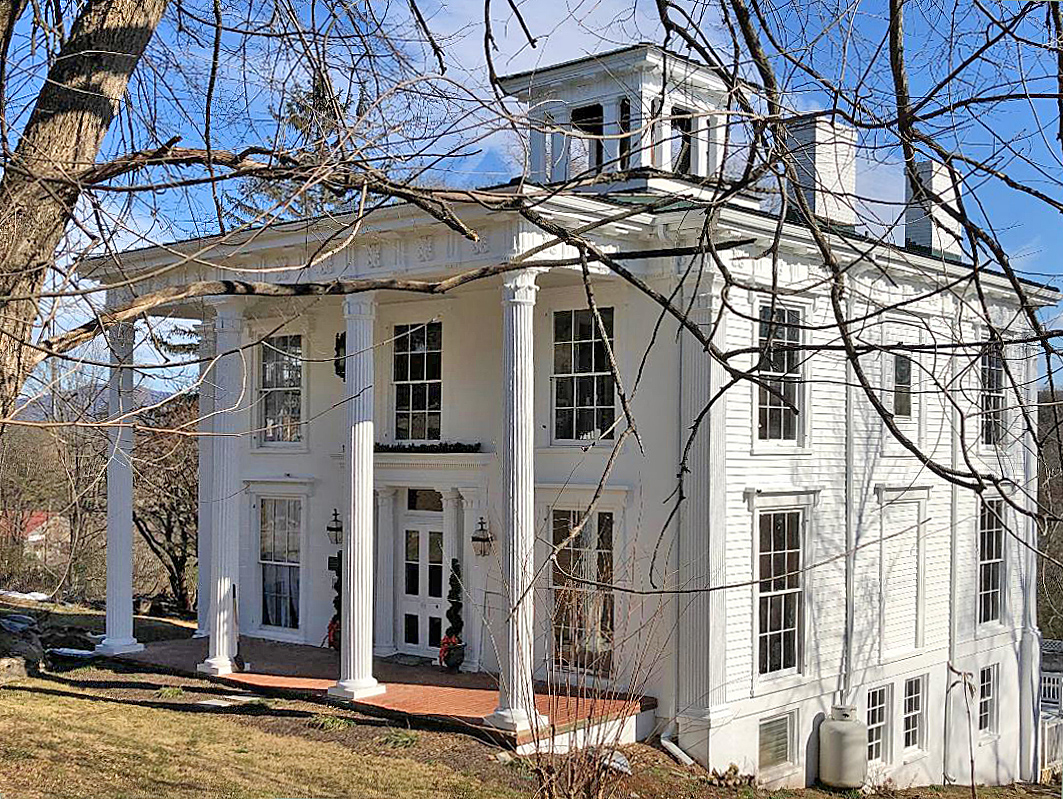 Named for one of the seven hills of Rome, the ornately decorated Greek Revival house Aventine Hall, with its ornaments and surfaces executed in wood, was built in 1852 for Peter Bock Borst, local Commonwealth’s attorney and a founder of the Shenandoah Valley Railroad. The slender proportions and large windows are more characteristic of the Greek Revival of the North than Virginia. Also setting the house apart are its column capitals in the Tower of the Winds order, elaborate Doric entablature, pilastered cupola, and rich interior detailing. Borst, originally from New York State, was responsible for the design and had it executed by his carpenter, a Mr. O’Neale. The house became the principal building of Luray College when it was established in 1925. It remained college property until 1937 when it was moved to its present site from its original location west of town.