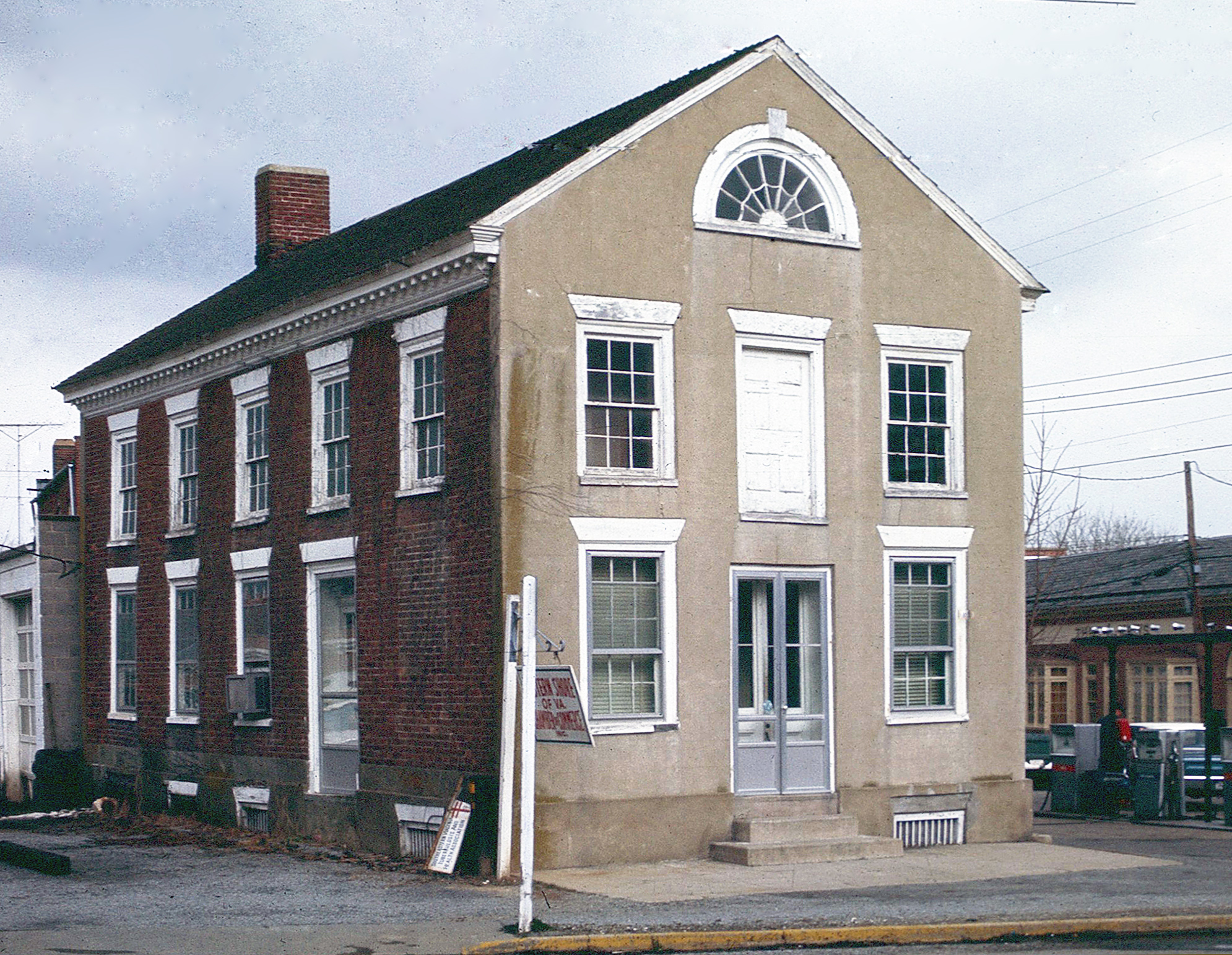 A landmark in the center of Accomac’s historic district, this rare example of Federal commercial architecture was erected as a store in 1816 by the brothers Richard and John Bayly. In 1819 they sold the building to Michael Higgins and Alexander McCollom who operated a mercantile business for a number of years under the name of Higgins and McCollom. Stucco was added to the façade in 1899 when the building was converted to a bank, a use it kept until 1963. In 1972 the building was restored for use as the headquarters of the Eastern Shore of Virginia Chamber of Commerce, and it has since gone on to house private offices. Despite its changes of function, the building has suffered few significant alterations. Architectural refinements include the modillion cornices, a lunette gable window, and stuccoed lintels.