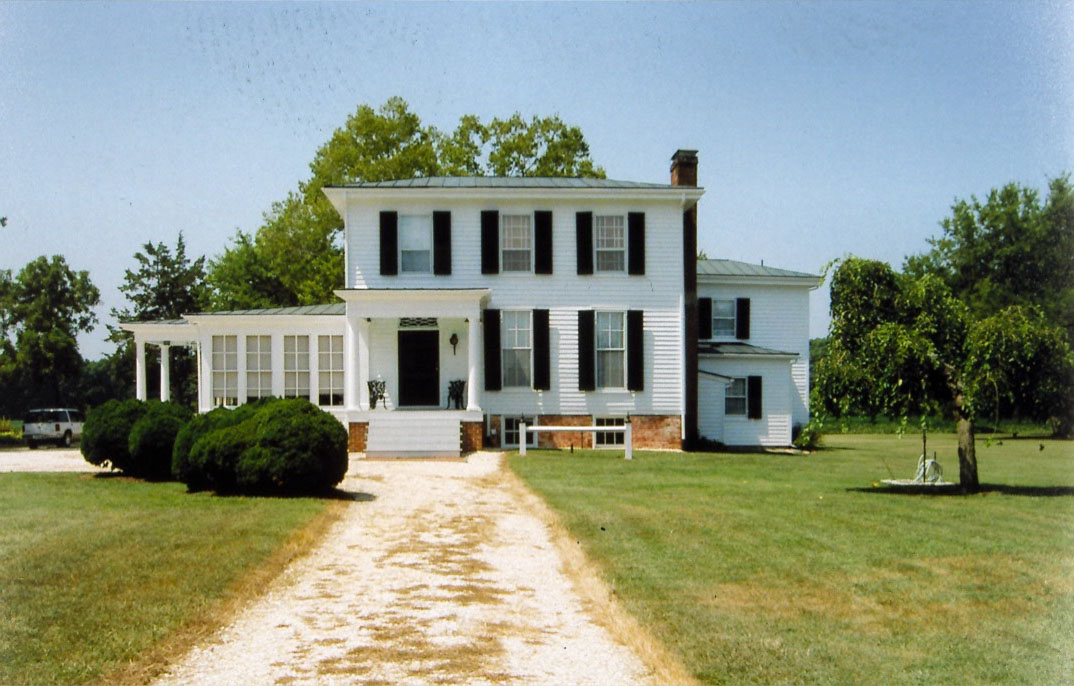 Located in the Bowling Green Historic District in Caroline County, Auburn is an excellent example of a mid-19th-century Greek Revival-style dwelling adapted to local vernacular tradition. It was built during Bowling Green’s establishment as a courthouse town, circa 1843, for clerk of court Robert Hudgin, providing him with a convenient location near the courthouse. Despite changing ownership many times during the late 19th and early 20th centuries, Auburn, located in the northernmost area of the town, retains its rural setting and its original two-story side-passage plan, including its character-defining Greek Revival porch. A rear ell addition was added in the late 19th century and a sunroom in the 1930s. Today the property remains a private dwelling, and most rooms maintain their original function. There is one outbuilding, a circa-1940 shed located to the west of the house.