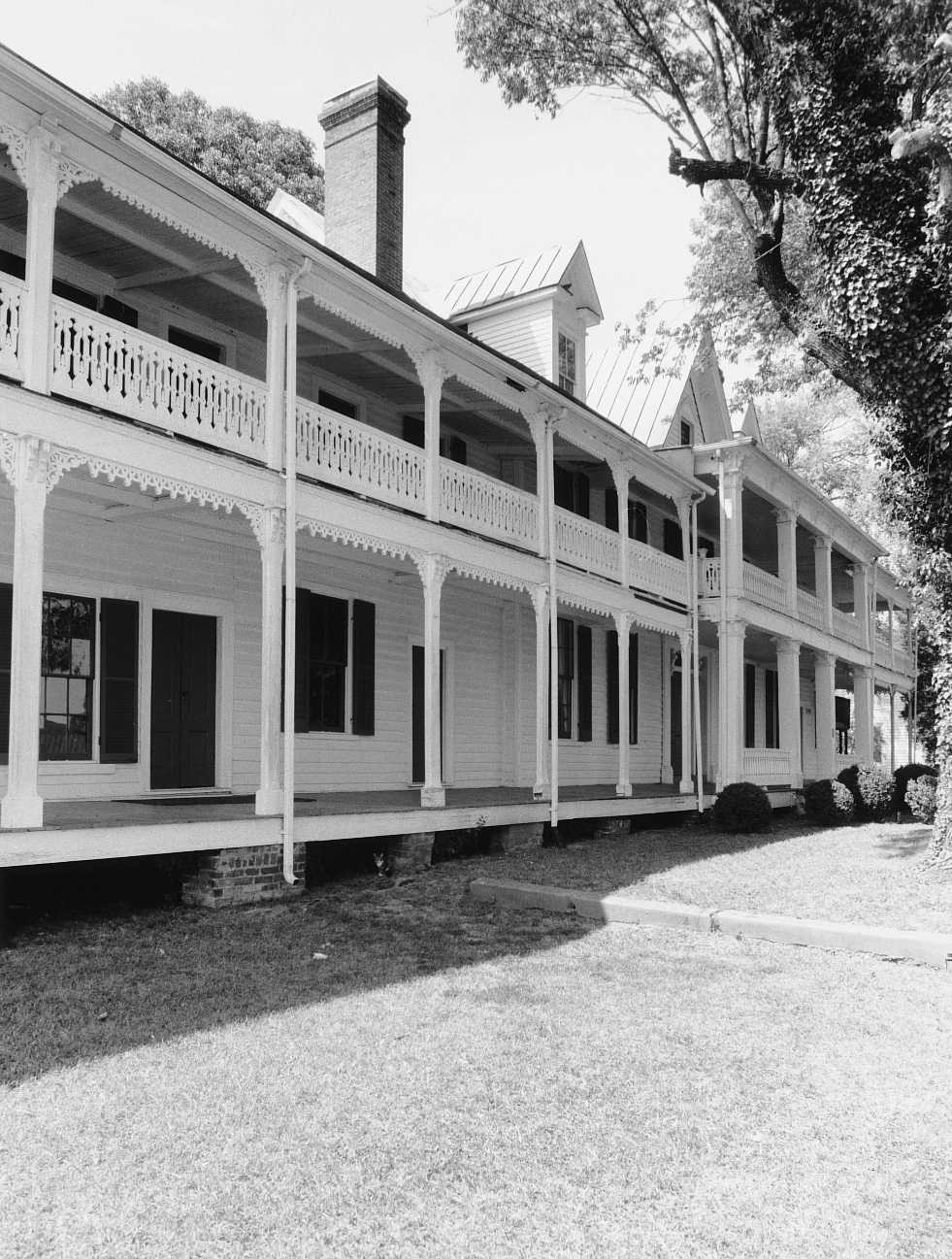 The core of this tavern was erected in ca. 1785 by Alexander Boyd, Sr. an area businessman and founder of Boydton. The hostelry thrived and its presence greatly influenced the selection of Boydton as the Mecklenburg County seat. The popular establishment evolved over the next decades into a rambling frame structure of thirty-five rooms highlighted with fancy sawn work detailing. The ornamentation was the work of the regional builder architect Jacob W. Holt, who made such enrichments his hallmark. The tavern closed in the late 19th century, and was converted into a boarding school and subsequently into apartments. To save the building from neglect, the Boyd Family Memorial Foundation purchased the property in 1974. In 1988, the tavern was deeded to the Boyd Tavern Foundation whose goal was to restore the tavern to its original use.