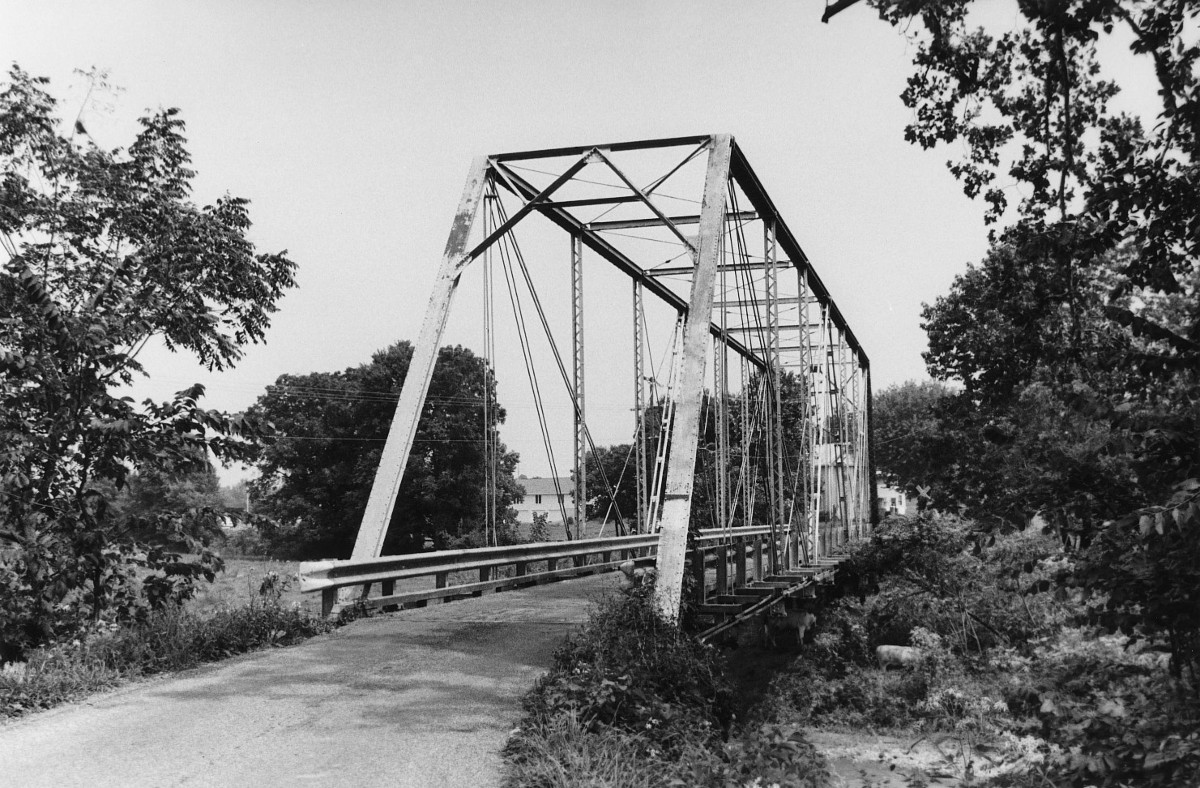 The Linville Creek Bridge is Virginia’s only Thacher truss bridge and one of only two surviving examples of its type in the country. The Thacher truss was patented in 1883 by Edwin Thacher (1839-1920), who worked with several railroad companies and with the Louisville Bridge and Iron Co., as well as with the Keystone Bridge Co. in Pittsburgh. He patented eight bridge designs and published a series of tables for calculating bridge stress coefficients. He designed over 2000 steel and 200 concrete bridges. The bridge was manufactured in 1898 by the Wrought Iron Bridge Company of Canton, Ohio, and remains in daily use. The Wrought Iron Bridge Company was one of the leading bridge building firms in the nation and constructed as least nine other metal-truss bridges in the Shenandoah Valley region.