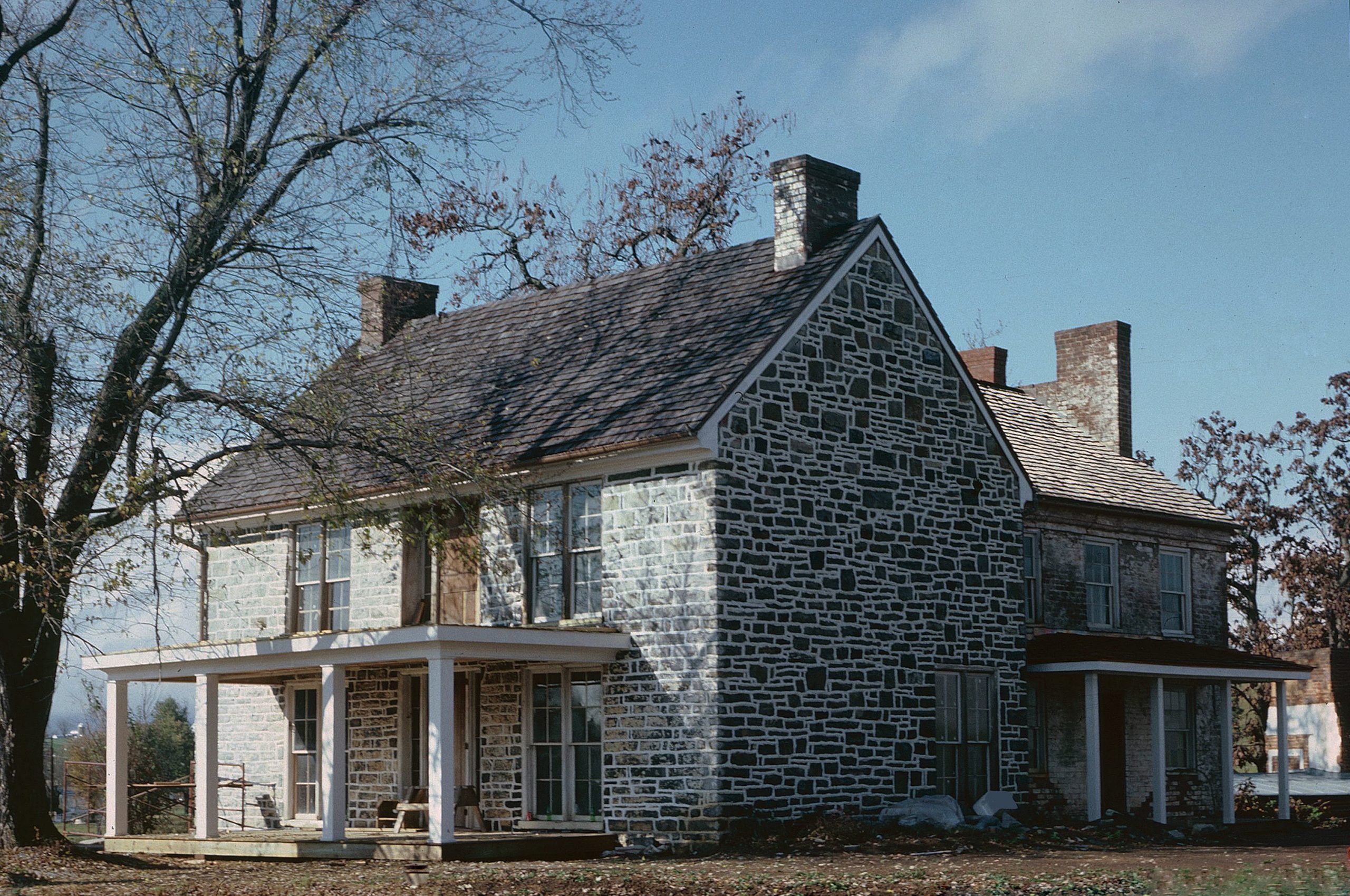 Built ca. 1749 for Daniel Harrison, one of the area’s earliest settlers, this rugged Rockingham County farmhouse was constructed of limestone in the plain style favored by the region’s early settlers for their more substantial dwellings. During the Indian raids associated with the French and Indian War, the strong, well-positioned house served as a defense point and was locally referred to as a fort. The property remained in the Harrison family until 1821. Later owners made alterations, especially in 1856 when the rear brick section was added. It was probably then that the front windows were changed from evenly spaced openings to the present paired windows. Since restored to its mid-19th-century appearance and now within the bounds of the town of Dayton, the venerable landmark was exhibited as a house museum by Fort Harrison, Inc., a nonprofit organization, by the latter portion of the 20th century.