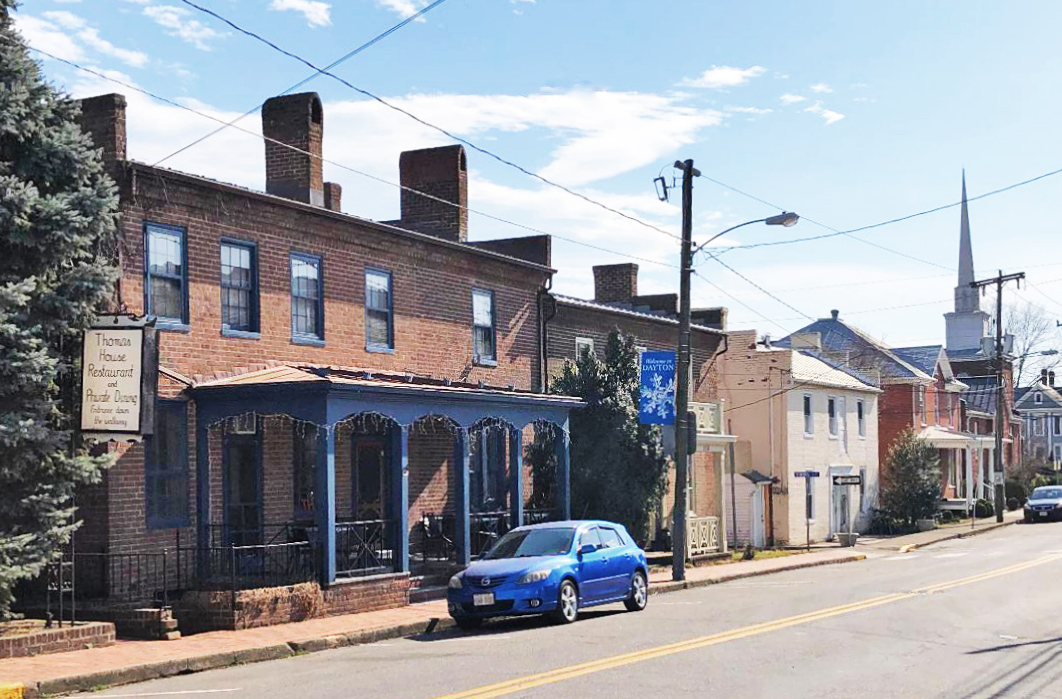 Established in 1833, the Rockingham County town of Dayton is among the most distinctive of several small towns lining the Shenandoah Valley’s former Harrisonburg-Warm Springs Turnpike. The turnpike, and later the railroad, serviced local enterprises. The establishment of Shenandoah Seminary (later renamed Shenandoah College and Conservatory of Music) in 1875, followed by the formation of the Ruebush-Kieffer Co. in 1878, brought Dayton special renown. One of the South’s largest musical printing houses, the Ruebush-Kieffer Co. popularized the singing school and shaped-note traditions of county resident Joseph Funk. With over fifty songbooks, the Ruebush-Kieffer Co. reached a national audience. Since the company’s dissolution in 1931 and the removal of the conservatory to Winchester in 1960, Dayton lost much of its bustle. It remains, however, the commercial center for a large community of Old-Order Mennonites. Its streets, lined with rows of structures in local vernacular styles, recall Dayton’s heyday.