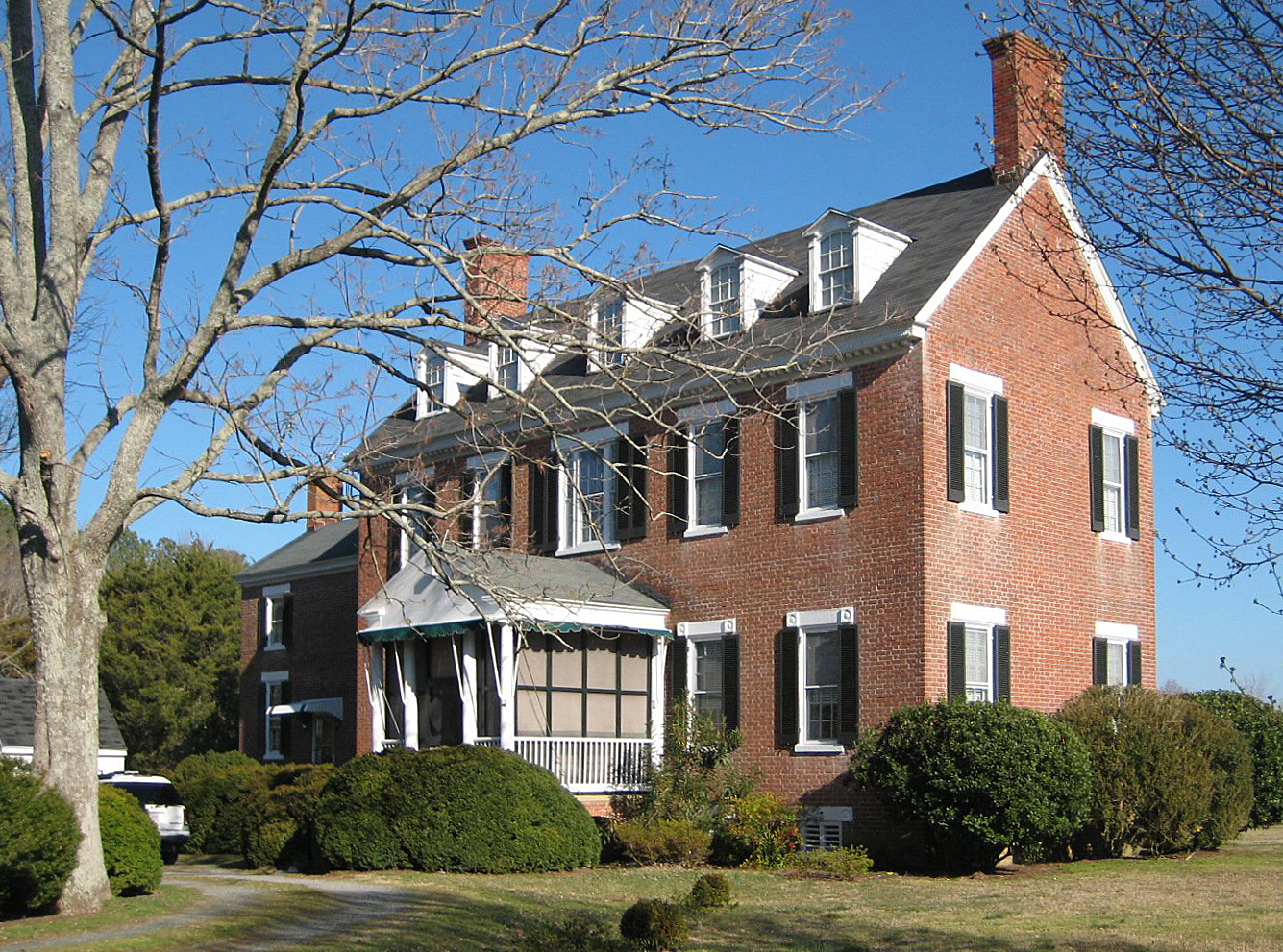 Situated on five acres at the edge of the Eastville Historic District, Cessford was built about 1801 and bought by Dr. John Kerr about 1832. After Kerr died in 1857, George Kerr, his son, inherited the property. In 1861, when the U.S. Army occupied the Eastern Shore, George Kerr fled the area. On July 23, 1862, Brig. Gen. Henry H. Lockwood established his headquarters at Cessford and remained there throughout the war. The Kerrs returned in 1865. The Flemish-bond brick Federal home stands two-and-a-half stories high, with central pedimented porches on the north and south facades. The two-story brick addition contains a sitting room and kitchen on the first floor with a narrow stairway leading to the cook’s quarters on the second floor. The kitchen retains its original large fireplace with two iron cranes and hooks. Nearby are the remains of the support complex: a smokehouse, a slave quarters/kitchen, and a utility building.