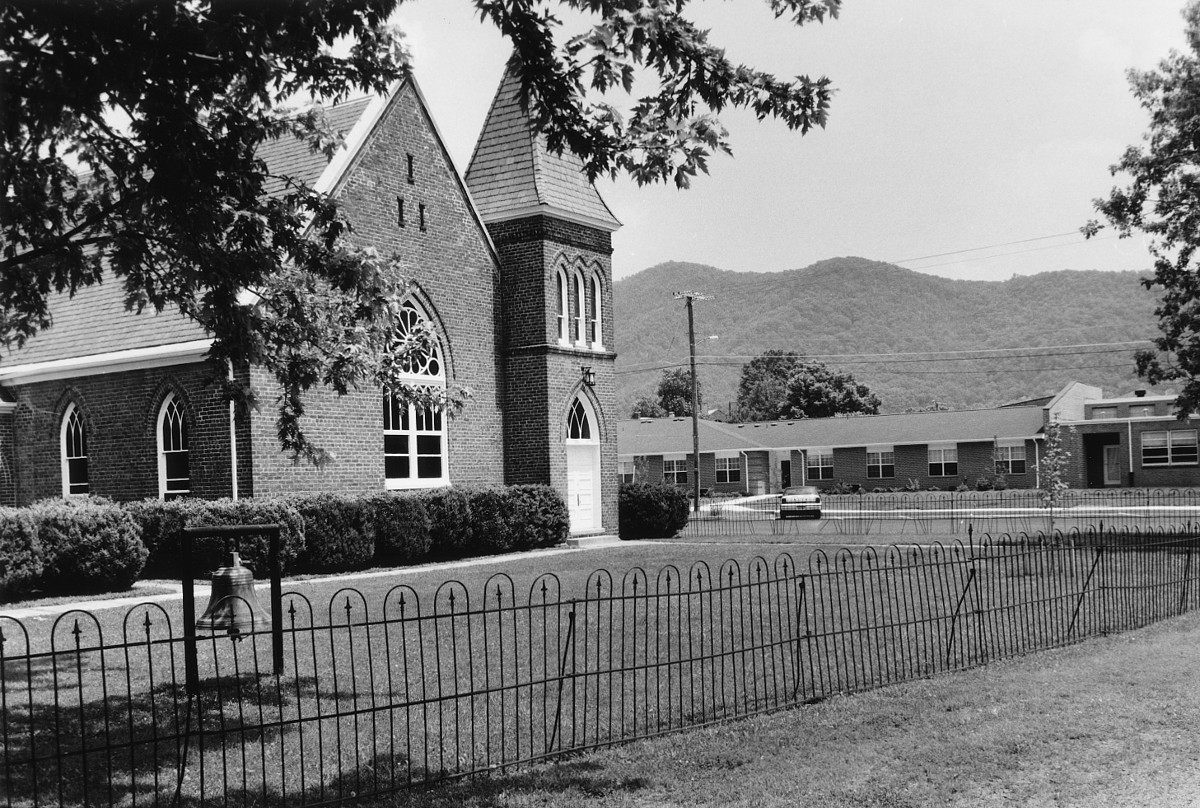 The historic core of the quiet James River community of Glasgow represents a moment in time: a railroad-era boom town preserved in the incipient stages of its ill-fated prosperity. Established in 1890, the year of the boom, Glasgow experienced dramatic growth during the first six months of its existence. Stylish commercial blocks were erected at key intersections with a scattering of smaller stores, offices, and dwellings on adjacent lots. Despite zealous promotional efforts by the principal developer, the Rockbridge Company, and its president, former governor Fitzhugh Lee, the development slowed in 1891, and in the ensuing national depression Glasgow nearly disappeared. Industrial plants were cannibalized for materials; St. John’s Episcopal Church (shown), for example, was built of brick from an abandoned factory. A modicum of activity returned by 1900 and the town has since maintained a quiet existence as a small manufacturing community.

In 2006 the district boundary was increased to add residential, commercial, and institutional properties to the original listing. The boundary increase more fully represents the district’s period of significance from 1890 through to the beginning of World War II.
[VLR Listed 3/8/2006; NRHP Listed 5/3/2006]