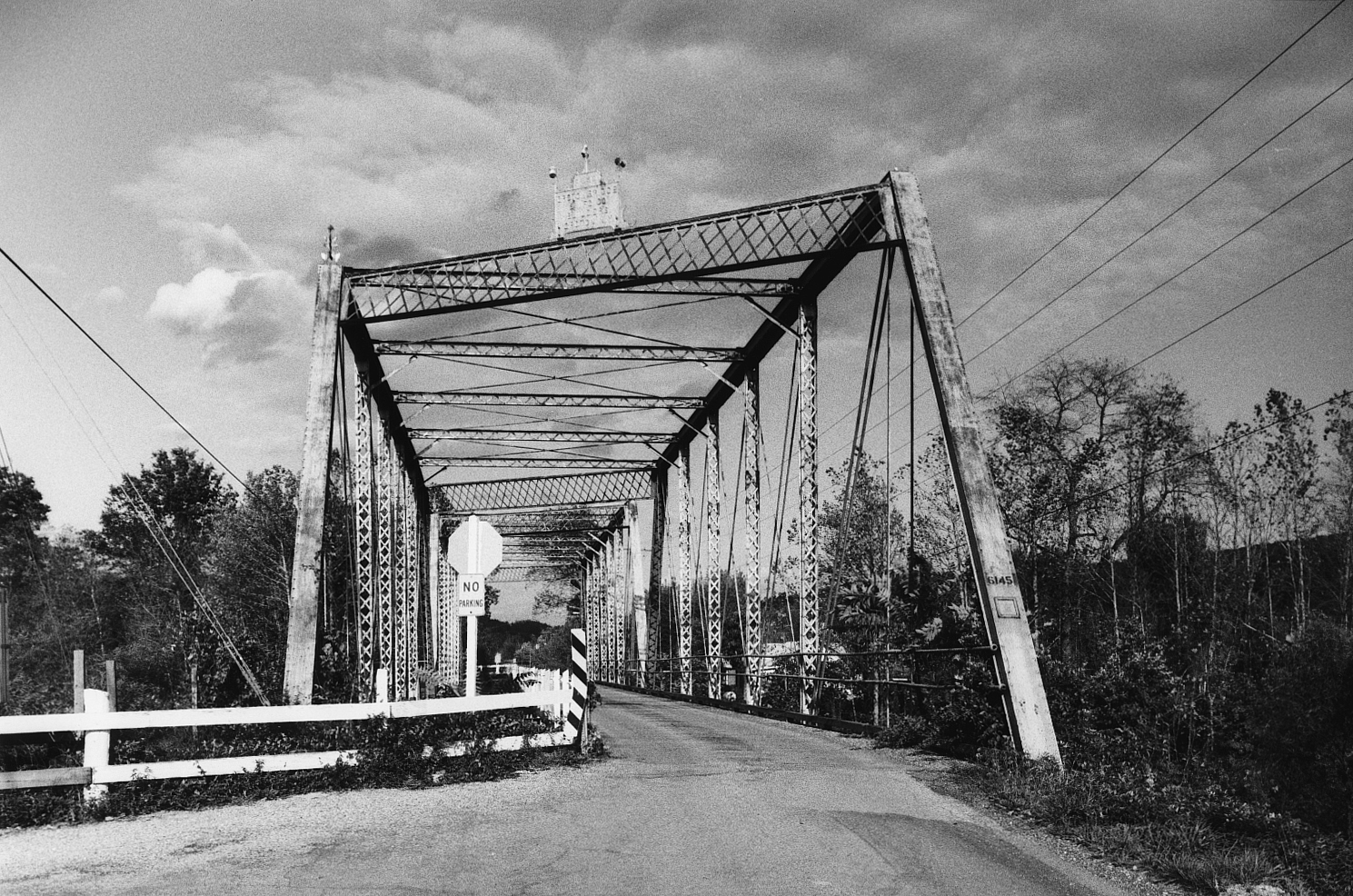 This lacy metal-truss bridge, with its distinctive thirty-degree skew, was built by the Groton Bridge Company for the Goshen Land and Improvement Company in 1890 when the Shenandoah Valley was undergoing a real estate and industrial boom. The developers of Goshen naively hoped that the community would grow into the “Birmingham of America;” but the boom ended quickly, and the bridge remains one of the company’s few tangible accomplishments. Supported on limestone ashlar abutments and piers, the bridge is composed of a through Pratt truss consisting of two spans with an overall length of 258 feet. Above the portal is an ornate cresting sign proudly listing the officers of the Goshen Company. The bridge was originally built to accommodate trolley tracks as well as a roadway.