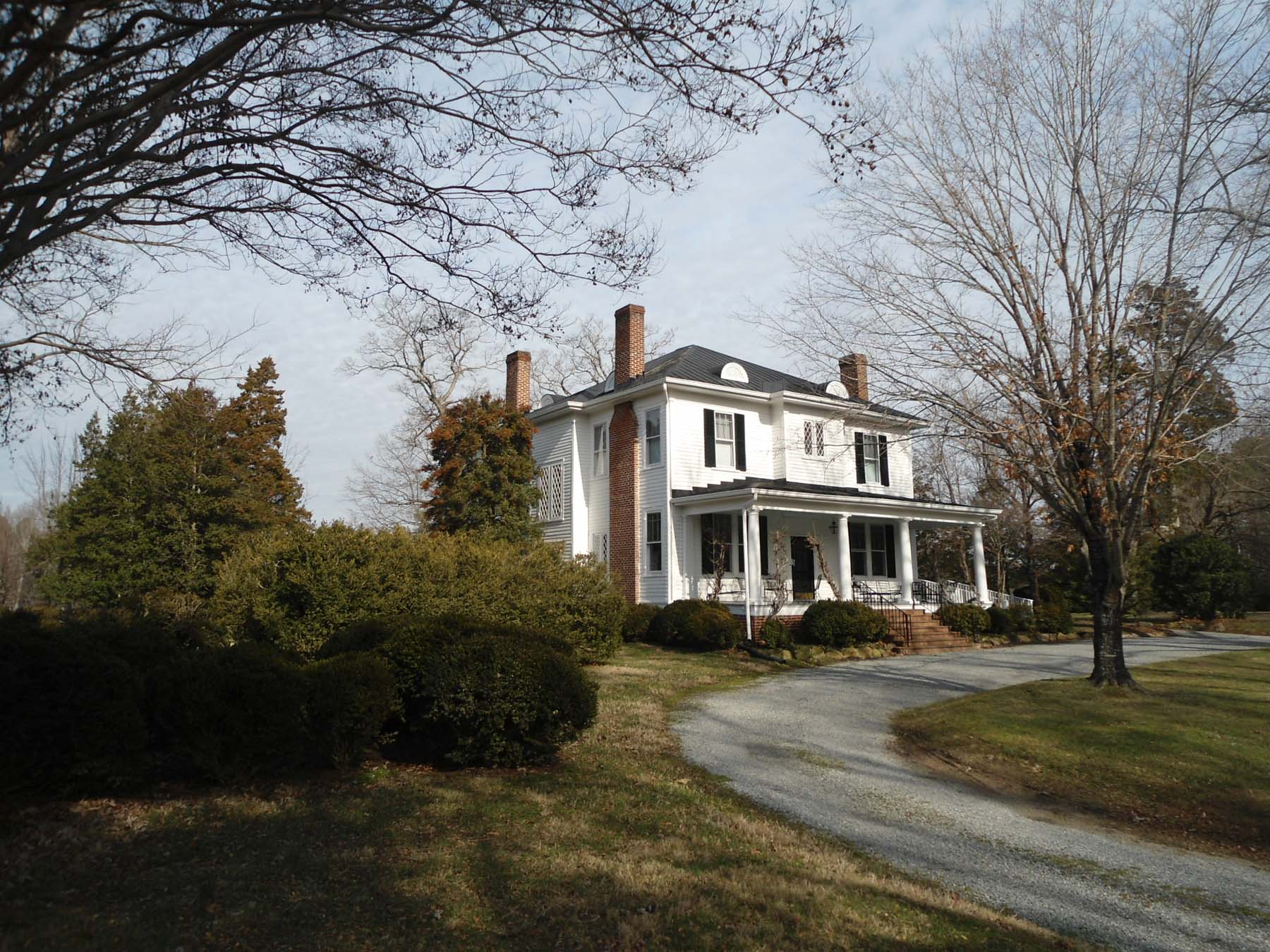 Mountain Road, in the county seat town of Halifax, has been noted for its handsome houses, churches, and lush landscaping for the past century. Named for White Oak Mountain, the tree-shaded road stretches west from the courthouse square into the countryside. The road was built up slowly so that it now presents a range of buildings from the early 19th century to the present. The principal churches are St. Mark’s Episcopal Church (1831), now Halifax Methodist Church, and St. John’s Episcopal Church (1846). Architectural styles seen in the residences include late Federal, Greek Revival, Italianate, Queen Anne, and Colonial Revival, all in a generally restrained idiom. Several of the earlier houses were designed by Dabney Cosby, Jr., son of the Jeffersonian workman Dabney Cosby, Sr. Cosby worked with his father on the courthouse, and he also built St. John’s Church.

As part of the survey and nomination of the Mountain Road Historic District 2015 Boundary Increase, resources within the original Mountain Road Historic District were resurveyed to verify their condition and document all significant secondary resources in order to create an accurate inventory for the historic district. In addition, the period of significance was extended from 1934 to 1965 to better reflect the continued development of the area through the mid-20th century. The additional information included in this 2015 update was limited to information that was not included in the initial nomination.
[NRHP Accepted: 8/24/2015]