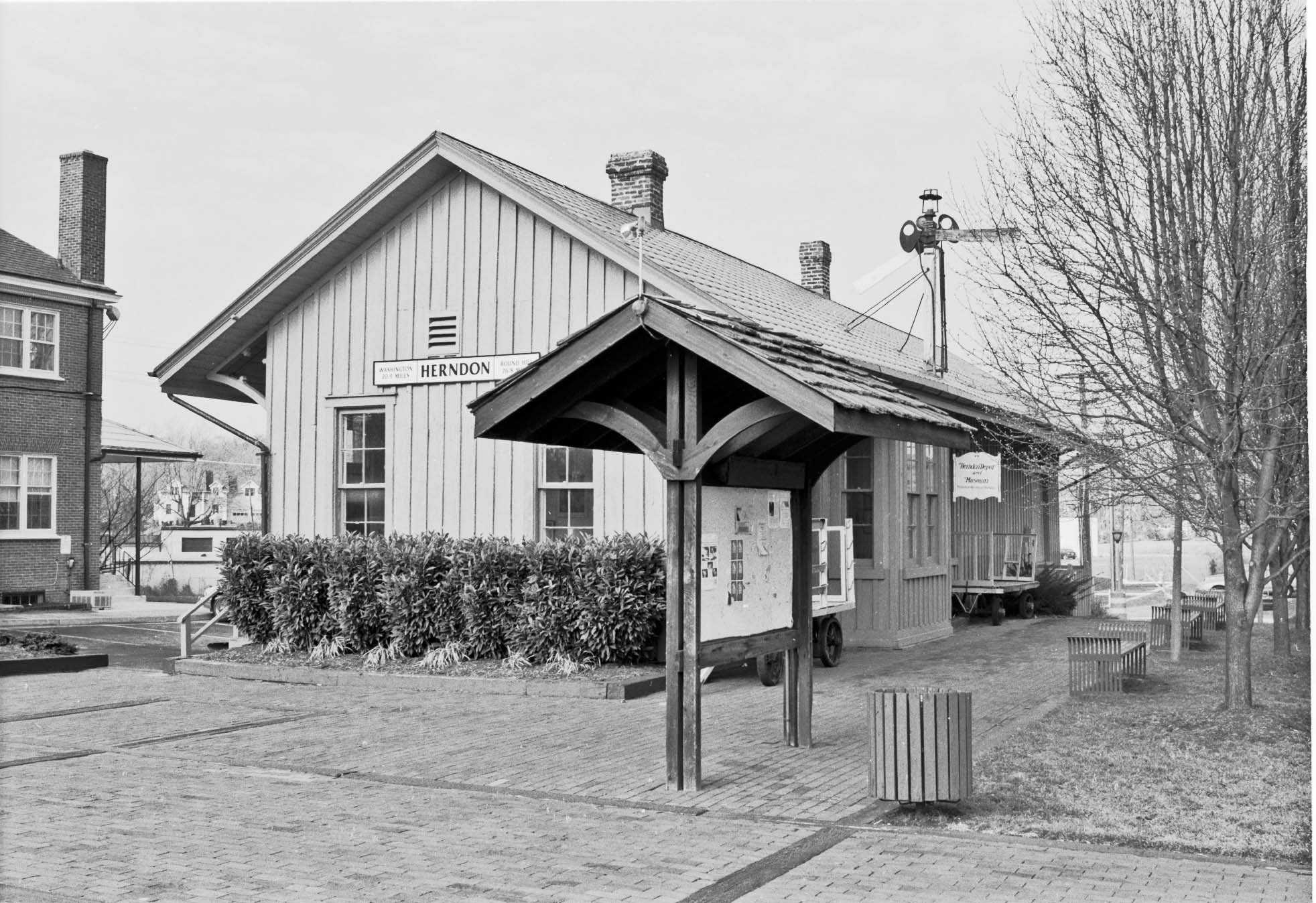 A landmark in the center of town, the board-and-batten Herndon Depot is a surviving example of the simple railroad stations that served small communities in the last century. Twenty-one miles from Washington, D.C., Herndon was a busy commuter stop as well as a shipping point for dairy products bound for the capital around the turn of the century. The depot was in existence as early as 1857, serving what was then the Alexandria, Loudoun, and Hampshire Railroad. The first town council meetings were held here following the founding of Herndon in 1879. Rail service through the community was discontinued in the 1960s, but the building later was restored to house town offices. Since that time, the depot has been made an architectural highlight of a redesigned town square and is now a museum operated by the Historical Society of Herndon.