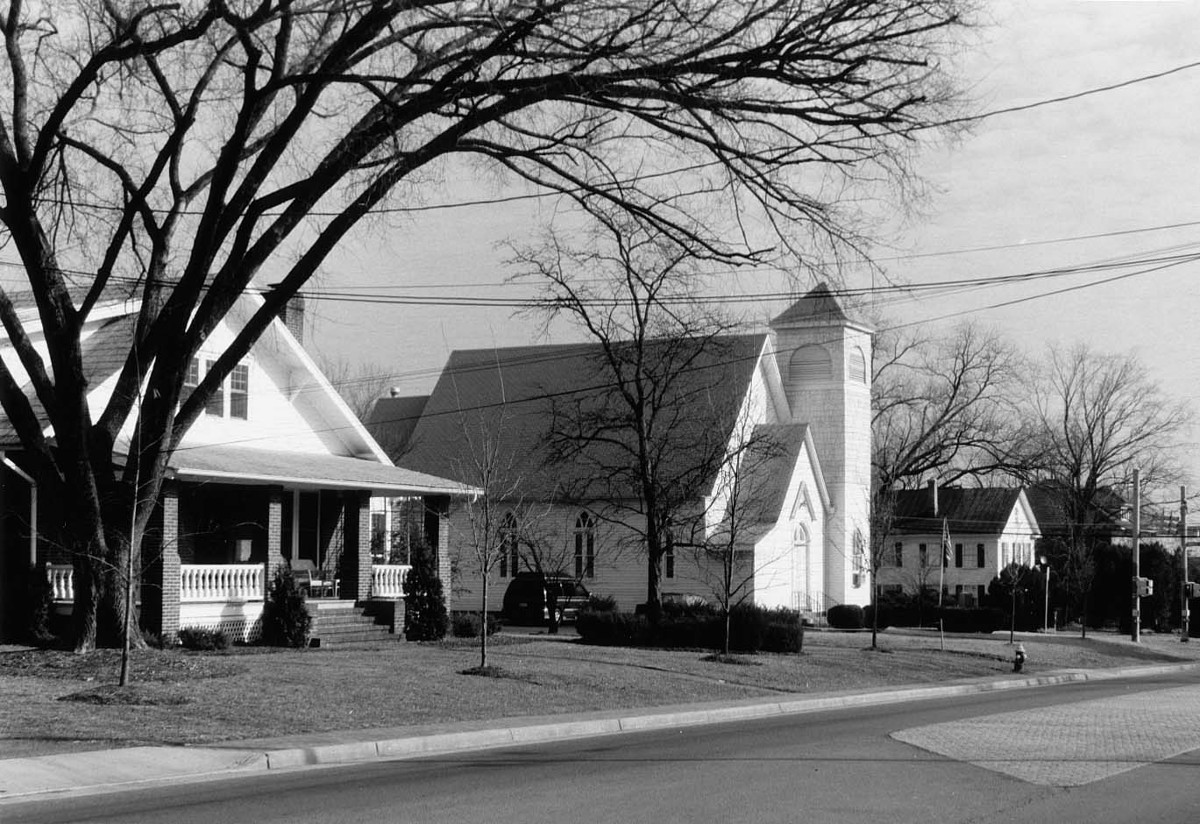 The core of this northern Virginia community of Herndon maintains a neighborly, old-fashioned character despite its proximity to Dulles International Airport and the seemingly endless development spread across the surrounding Fairfax County landscape. The town sprang up around the rail depot constructed to serve the Alexandria, Loudoun, and Hampshire Railroad, which reached Herndon by 1859. The settlement received its name the previous year honoring Capt. William Lewis Herndon of Fredericksburg, skipper of a packet ship which sank off Cape Hatteras in 1857. Following the Civil War, Herndon became the loading point for area dairymen shipping milk to Washington. By 1911 the town was home for nineteen milk shippers. The electrification of the rail line that same year spurred the development of Herndon into a bedroom community. Most of the commercial area in the Herndon Historic District postdates a 1917 fire. The surrounding shady streets retain a wide range of modest housing types built from 1890 to 1920.