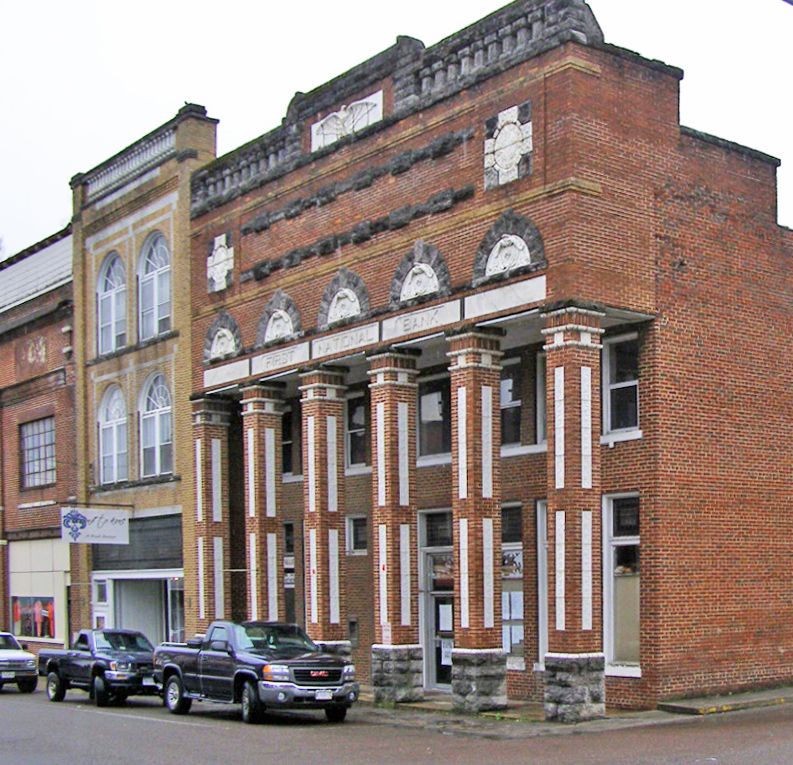 The Honaker Commercial Historic District, in Russell County, encompasses the core of this “boom town” that arose in a small valley at the juncture of a major rail line and highway, providing good access to timber, coal and other mineral reserves in the Allegheny Mountains. Honaker, established in 1889, grew rapidly during the last two decades of the 19th century. The historic district features 24 one-, two-, and three-story buildings, with decorative wood, brick, and stone detailing, erected between the late 19th and mid-20th centuries. Representative of many similar late-19th-century towns that boomed in southwest Virginia, Honaker has changed little since the mid-20th century.