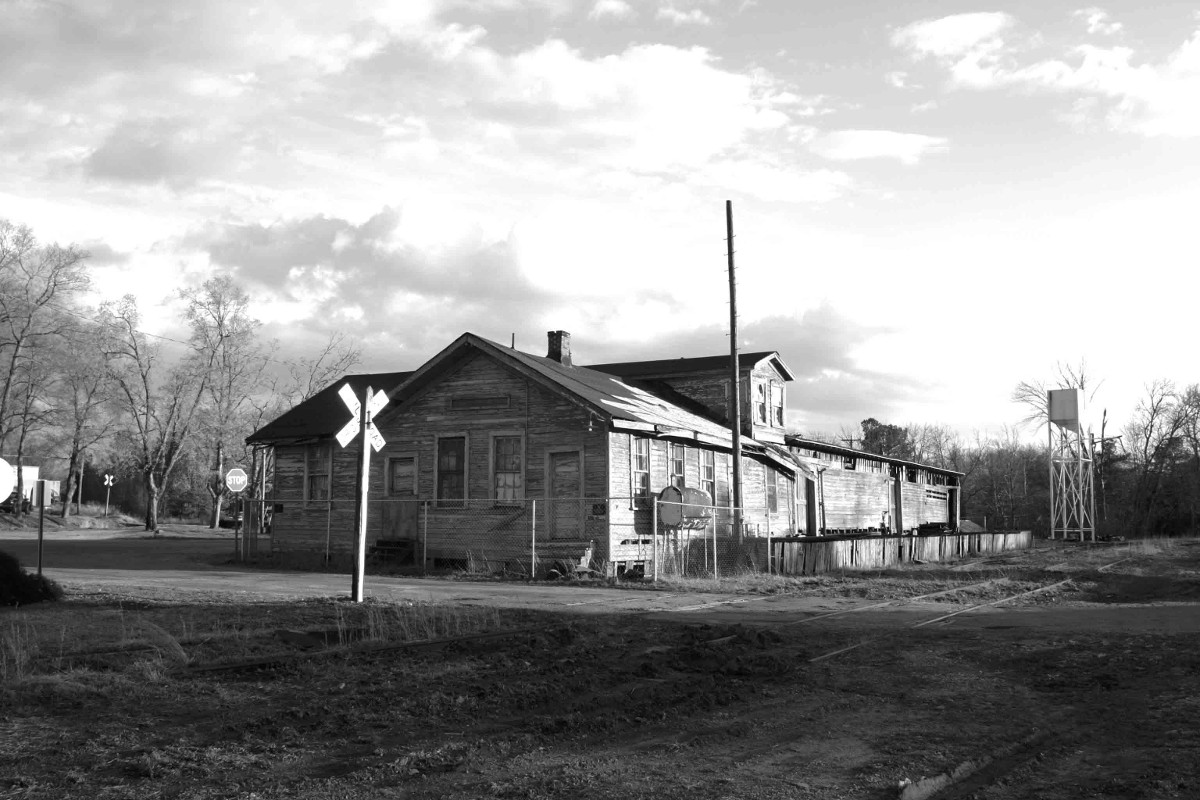 The Keysville Railroad Station, in Charlotte County, is a rare surviving example of a late 19th-century frame train station, and one that also preserves the segregated waiting rooms common to Jim Crow era public buildings. It was built in phases between 1890 and 1900 on the Richmond & Danville Railroad, occupying the site of an antebellum depot that was destroyed during the Civil War. With the construction of a spur line to Durham, North Carolina in 1882, the Keysville station was ideally located at a “Y” juncture of the two lines, providing a place for trains to switch directions. As the station served both passenger and freight service, it had a significant impact on the town of Keysville at the beginning of the 20th century. With long rectilinear forms and wide eaves to shelter passengers, one-story frame depots were once common across southern Virginia; today few remain, which makes the Keysville Depot an important reminder of the town’s development and a significant architectural vestige of Virginia’s railroad history.