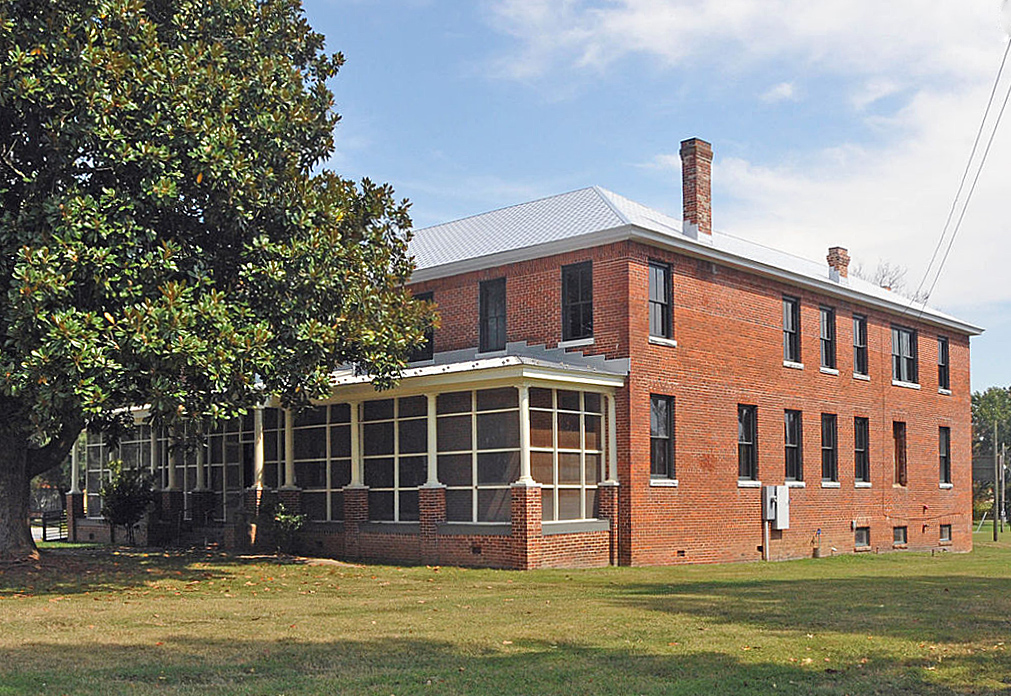 Built in 1917 by John H. Coulter, the La Crosse Hotel is an outstanding example of an early-20th-century, small-town railroad hotel. The two-story brick hotel occupies a prominent position across the tracks from the former location of the Seaboard Air Line railroad depot and the main commercial strip in the Mecklenburg County town of La Crosse. For nearly half a century the hotel drew travelers and locals alike to its communal dining table and rooms. The hotel was operated by Coulter’s wife until 1926, then by Belle Willis for 25 years, and finally by Ruth Rockwell until 2001, who oversaw its conversion to a boardinghouse in 1979. Under the guidance and management of these respected businesswomen, the hotel flourished at the center of town. Today it serves as a representative example of many of the defining characteristics of the American hotel industry.