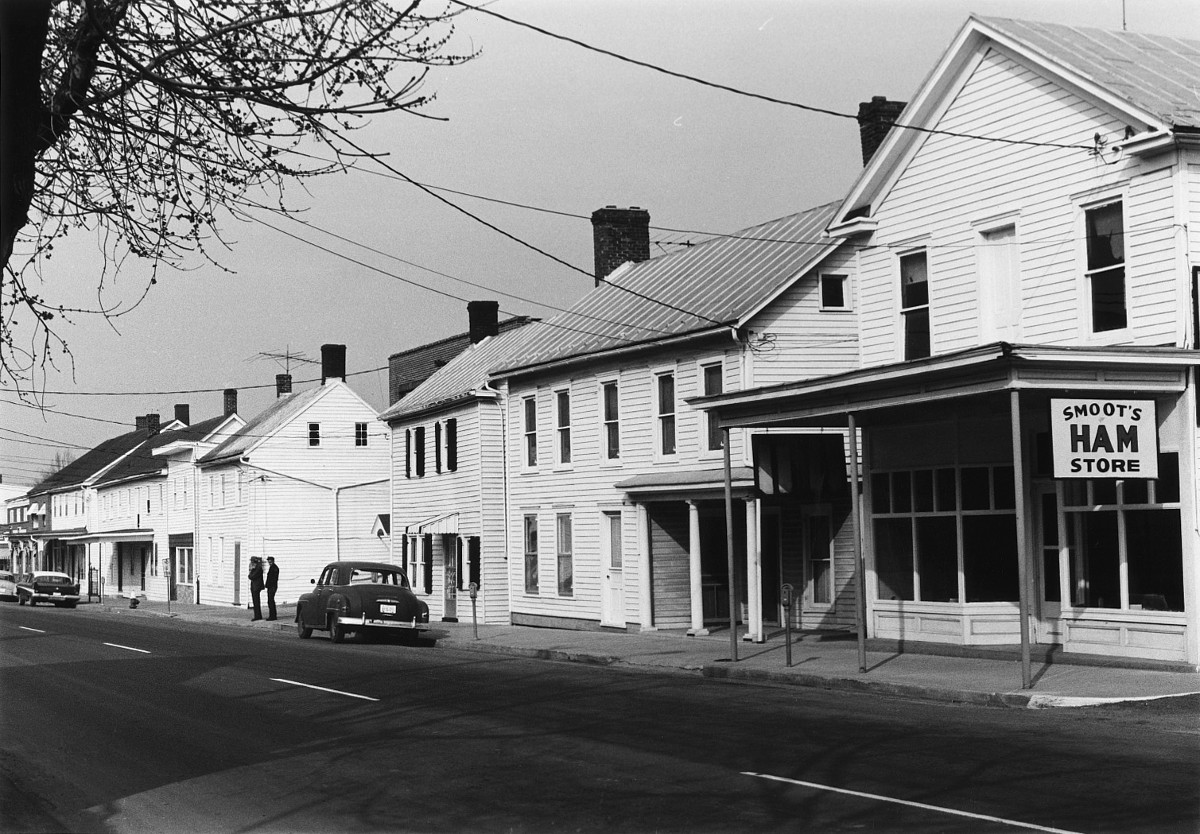 New Market, originally called Cross Roads, is one of western Virginia’s best-preserved historic linear towns. The site was selected by John Sevier, later governor of Tennessee, who established a trading post here in 1761. The village was laid out in 1785, along the Great Road—the wagon route to the south and west—and was named New Market in 1796. Settled both by Germans and Scotch-Irish, New Market prospered to become an active commercial and industrial center by the 1830s, serving travelers on the newly established Valley Turnpike. Growth ceased in the mid-19th century, however, when the town was bypassed by the railroad. Fierce fighting occurred here during the 1864 battle of New Market with townspeople turning out to treat the wounded. Lining the highway is a mixture of 19th-century brick, frame, and log structures. Several of the earlier houses employ German vernacular forms.