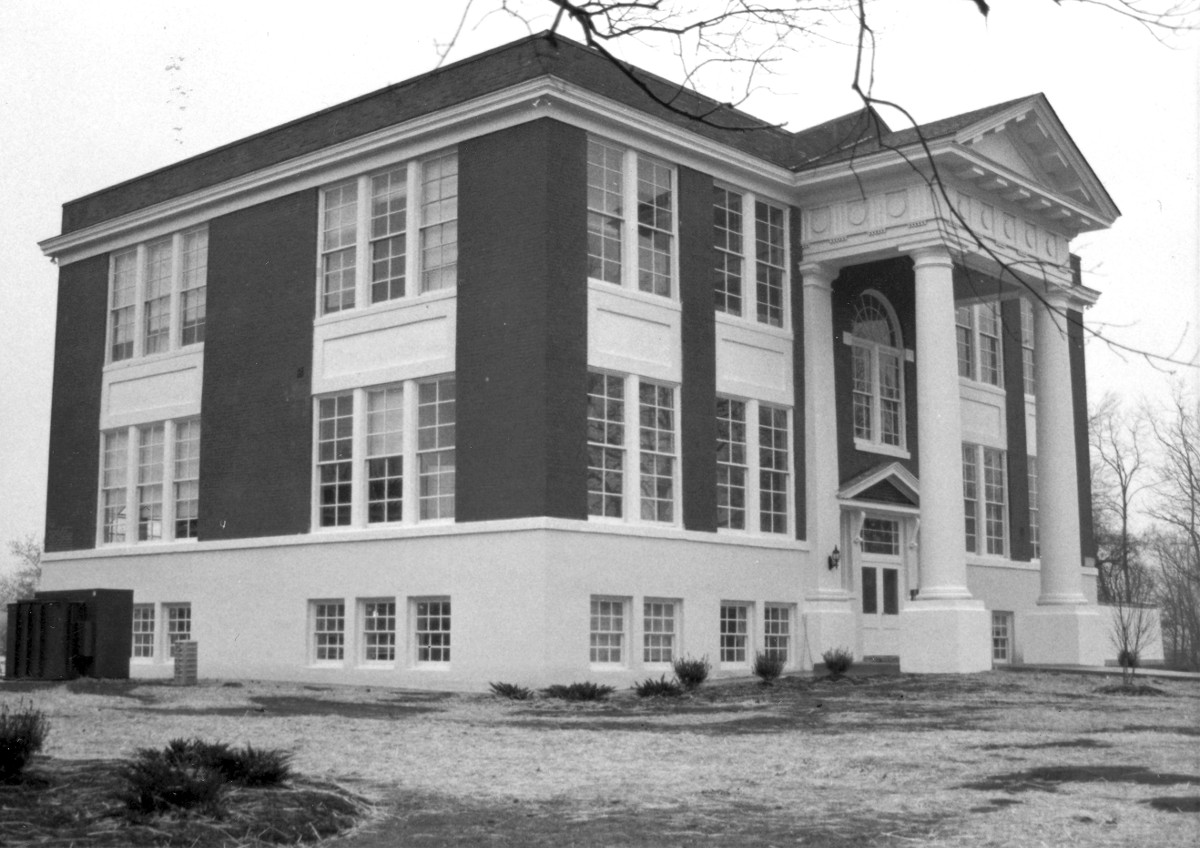 Orange High School, the first public school in the town of Orange, opened its doors to elementary, middle, and high school students in 1911. A good example of the work of Richmond architect Charles M. Robinson, the state’s premier school architect from 1908 to 1932, the school is a two-story, Classical Revival-style brick building with a monumental Doric portico. A separate one-story, brick annex, built in 1925 with later additions, used a Virginia Department of Education standard plan. At its center is an auditorium/gymnasium surrounded by clerestory windows. After a new high school was built in the 1950s, the complex served solely as an elementary school until 1970. At the time of their listing, both buildings had been rehabilitated as apartments for the elderly.