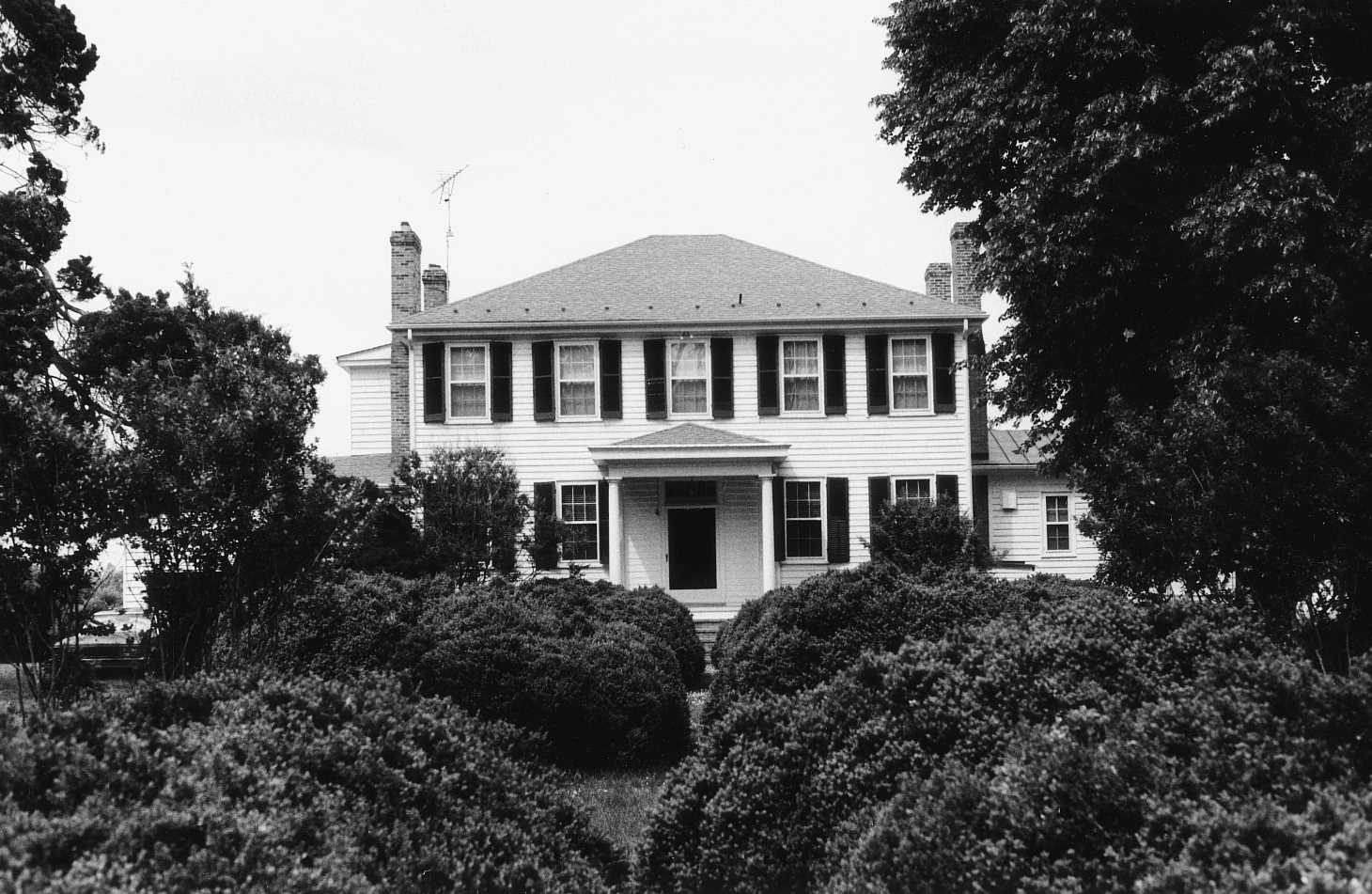 A blending of the Georgian and Greek Revival styles, this Port Royal dwelling illustrates the lag in architectural fashion between the urban and rural environments. It was built ca. 1845 by John Bernard Lightfoot, a farmer and lawyer. Lightfoot was active in local affairs, serving as town council secretary, trustee for the Rappahannock Academy and vestryman of Saint Peter’s Church. Port Royal was a target for the Union Army during the Fredericksburg campaign and on December 4, 1862, Union gunboats fired on the town, damaging Riverview. In 1865, ten days after he shot President Abraham Lincoln, John Wilkes Booth was found by members of the Lightfoot family and invited to take shelter at Riverview. Booth declined, and was later killed at the nearby Garret Farm. The Lightfoots remained at Riverview into the 1890s. The famed Confederate nurse, Capt. Sallie Tompkins, purchased the property in 1896.