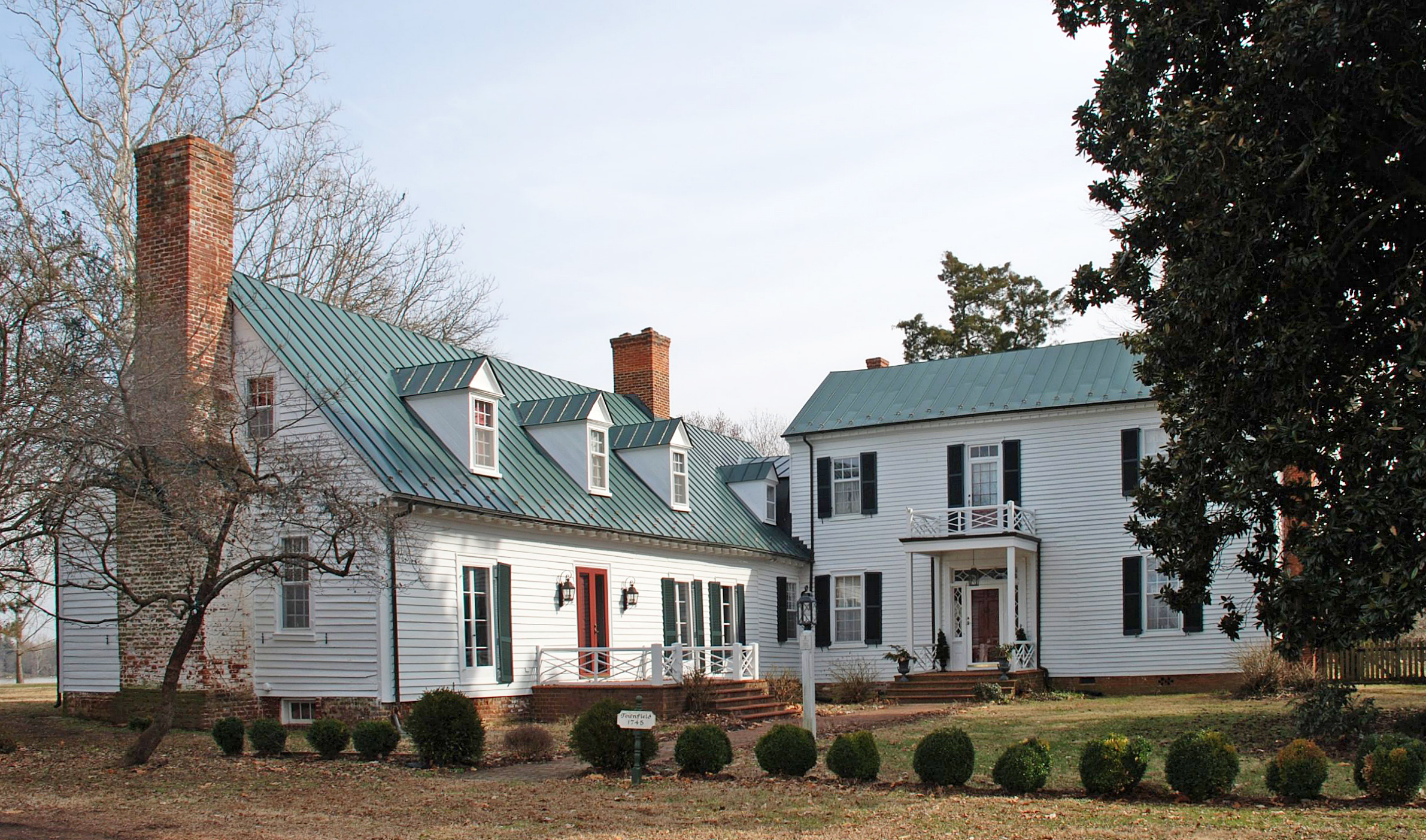 At the northeast corner of Port Royal, on the banks of the Rappahannock, Townfield is a rambling wooden dwelling, enlarged and embellished through a succession of owners, making it a fascinating document of the art of the Virginia housewright over the period of a century. The original portion was built for Robert Gilchrist, a Scottish merchant and holder of various public offices, who acquired the property in 1744. The house was expanded on its north end in 1796 by James Robb. It probably was then that the “Port Royal porch,” an enclosed extension of the main passage, was added to the north front. A two-story wing, perpendicular to the original part, was added by Philip Lightfoot in the 1830s. An elaborate architectural chimneypiece in the original section was probably part of the 1790s alterations.