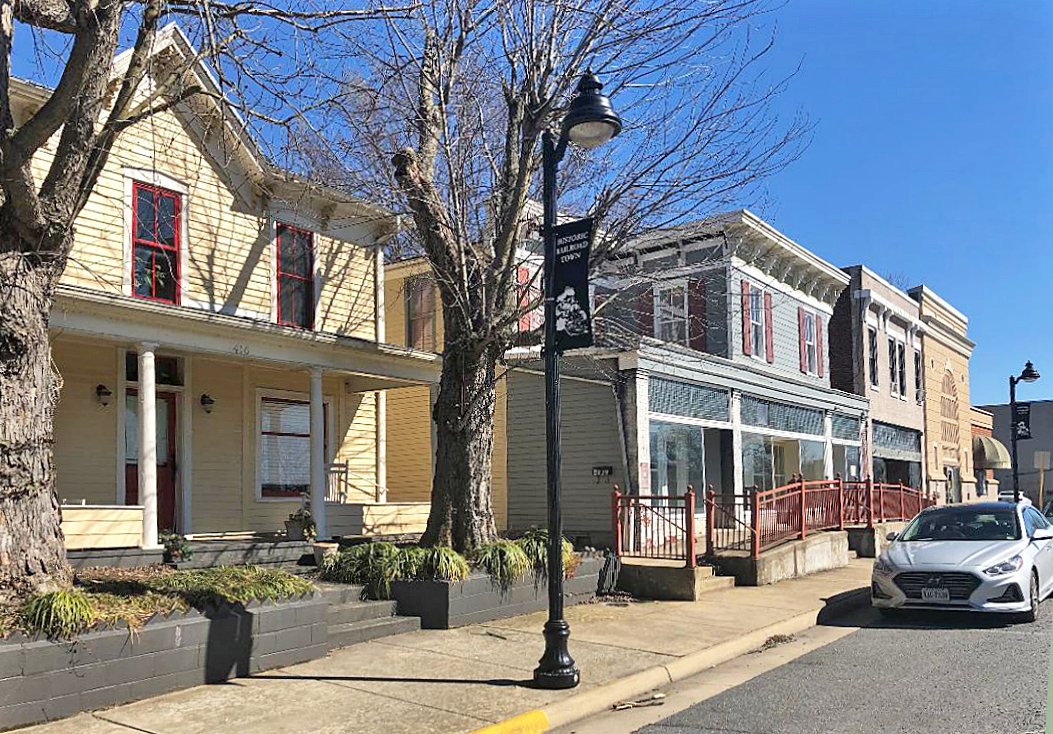 The Town of Shenandoah Historic District developed around the Shenandoah Iron Works. First settled in 1830s, the Page County town was rebuilt after a devastating flood in 1870. Shenandoah is located on Norfolk Southern’s main north-south rail line and includes commercial, domestic, religious, and railroad-related buildings dating from the 1880s to the 1950s. The town is also strategically positioned on the South Fork of the Shenandoah River, the main transportation route for the ore and lumber found in the nearby Massanutten Mountain range for much of the 19th century. The arrival in 1881 of the railroad linking Hagerstown, Maryland, with present-day Roanoke expanded the markets for Shenandoah Iron Works pig iron and other iron products and ushered in the town’s greatest period of prosperity. The district possesses an interesting history as a community that developed near an iron ore furnace and then became a major rail center.