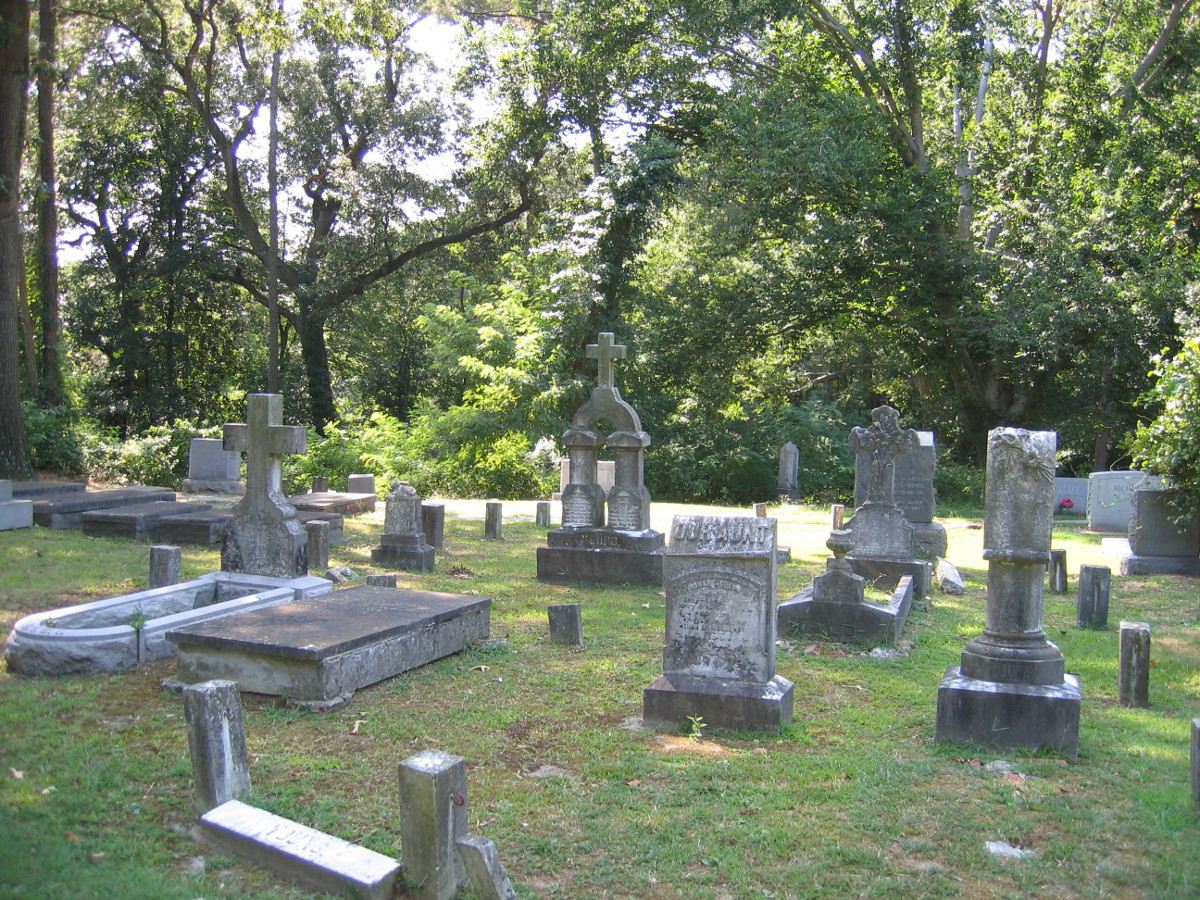 Ivy Hill Cemetery was created in 1886 as a private cemetery to serve the residents of Smithfield and Isle of Wight County. The land was originally part of the T.B. Wright farm until it was laid out as a cemetery along the slopes of a small peninsula of land overlooking the Pagan River. It has been the burial ground for many of the area’s prominent citizens. Within a few years of its establishment, many locally prominent families moved their family members’ remains from small nearby cemeteries to Ivy Hill. Some of its prominent residents include Pembroke Decatur Gwaltney, founder of the Gwaltney ham and peanut business; Joel Holleman, Speaker of the Virginia House of Delegates in the early 1830s and 1841-44, and member of the U.S. House of Representatives in 1839; and Richard Randolph Turner, second in command of Libby Prison in Richmond during the Civil War. The cemetery is an example of the “rural” cemetery movement, characterized by a landscape design that follows the natural contours of the land, with wooded sites and rolling hills sited well away from urban development.