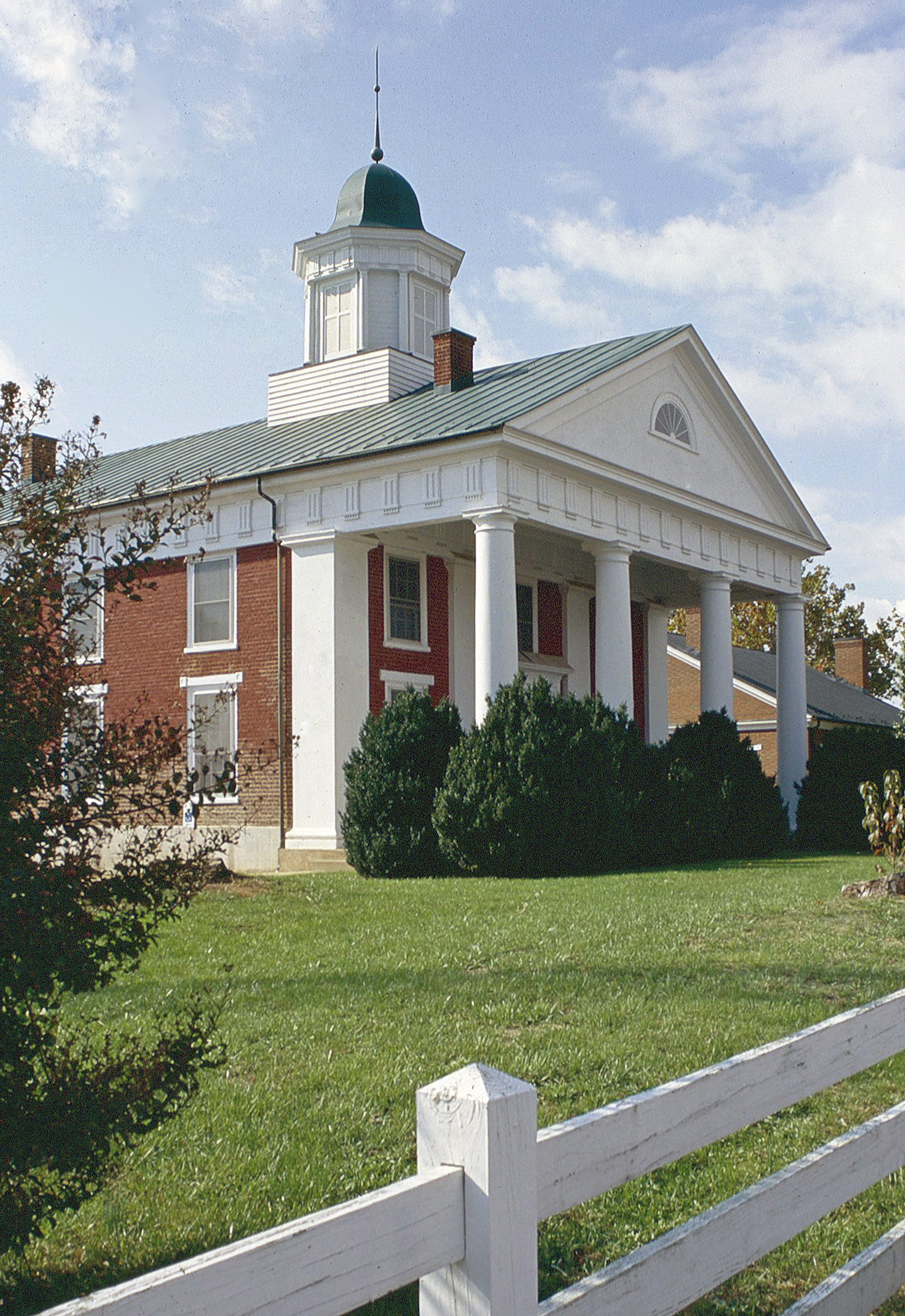 The principal landmark of the tiny county seat community of Stanardsville, Greene County’s courthouse is a polished representative of an important group of Roman Revival courthouses scattered through Virginia’s Piedmont. These works mostly were the products of various master builders who had learned the classical vocabulary from Thomas Jefferson while building the University of Virginia. This courthouse was erected in 1838 by William Donoho and William B. Phillips and follows the standard temple form format with a properly executed Doric entablature. As originally finished, the facade had only the four pilasters; the portico was added in 1927-28. The ornamental octagonal cupola is presumably original. The courthouse was heavily damaged by fire in 1979, but the exterior survived intact. The interior has since been rebuilt.