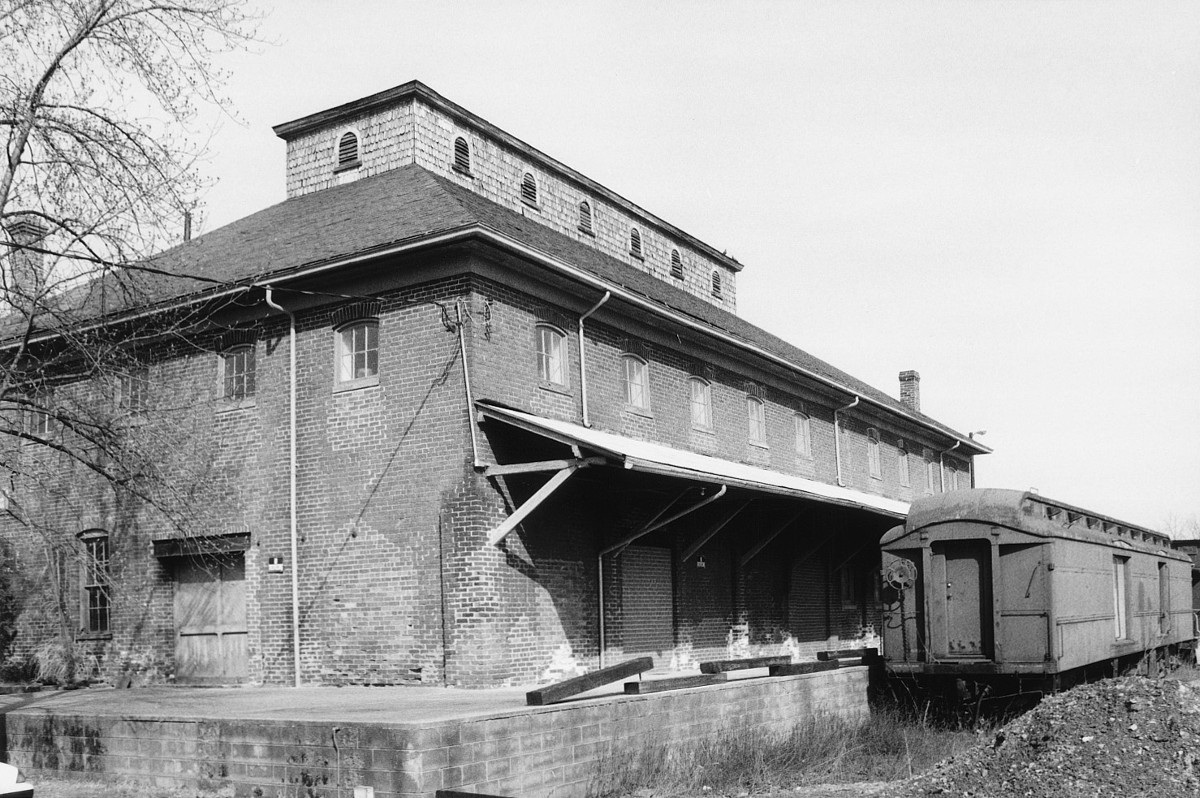 The Strasburg Stone and Earthenware Manufacturing Company built this two-story structure in 1891 as a factory intended to put the Shenandoah Valley’s long tradition of pottery making on a high-volume industrial basis. The project was part of the brief economic boom experienced in the 1890s with the construction of a new railway line in the eastern part of the Valley. The company quickly failed because of competition from other regions and other wares. In 1913 the building was converted into a railroad depot. The building is now the Strasburg Museum, which maintains it as an example of industrial architecture, a relic of the Valley’s short-lived venture into specialized industrial development. The building further represents a failed attempt to convert a handicraft industry into one of mass production.