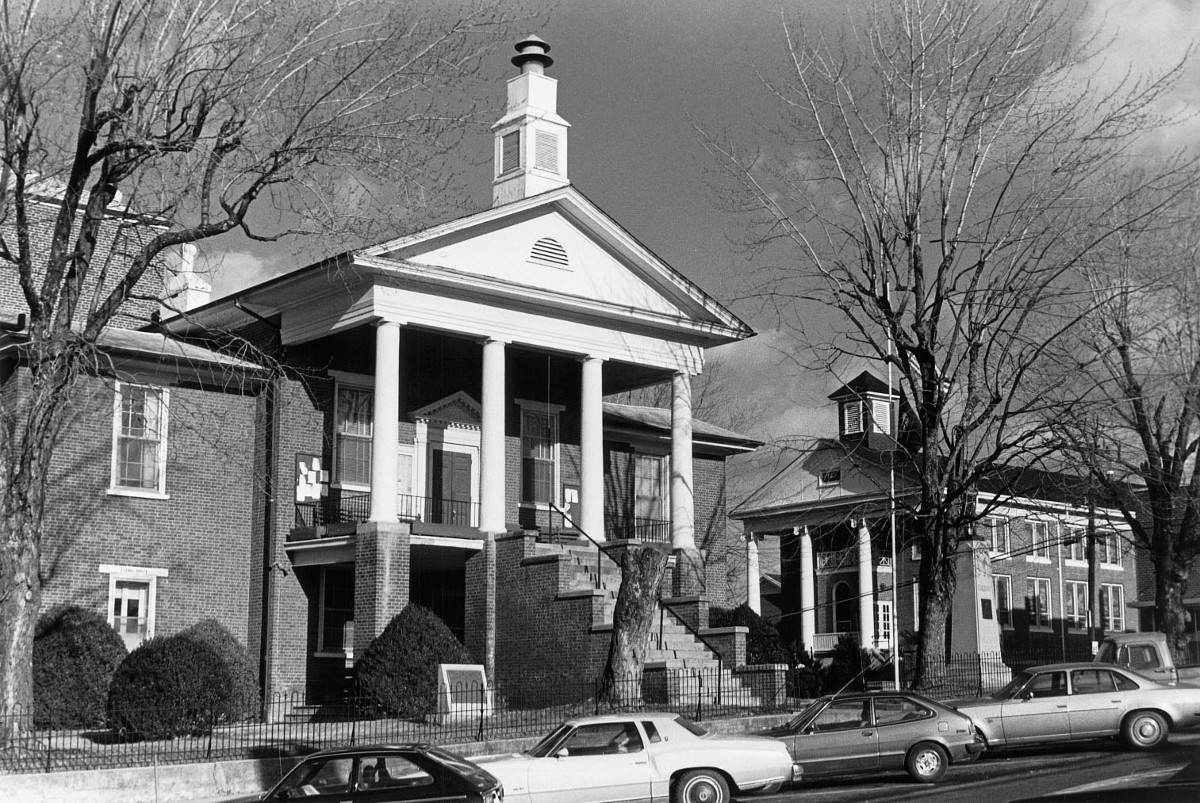 The principal landmark of the village of Stuart, and centerpiece of the Stuart Uptown Historic District, the Patrick County Courthouse has served as the focal point of its southern Piedmont county since its construction in the early 1820’s. The dignified albeit provincial edifice is an example of the tripartite Roman Revival public buildings whose designs were inspired by the works of Thomas Jefferson and the master builders who worked under him. It was commissioned in 1819 but not erected until 1822. Abram Staples, a local contractor who had served on the building committee, was responsible for both the design and construction. The exterior is dominated by a pedimented Tuscan portico reached by a tall flight of stairs. Staples’s design likely influenced that of the neighboring Henry County courthouse of 1824 which was similar in appearance before an extensive remodeling in 1929.