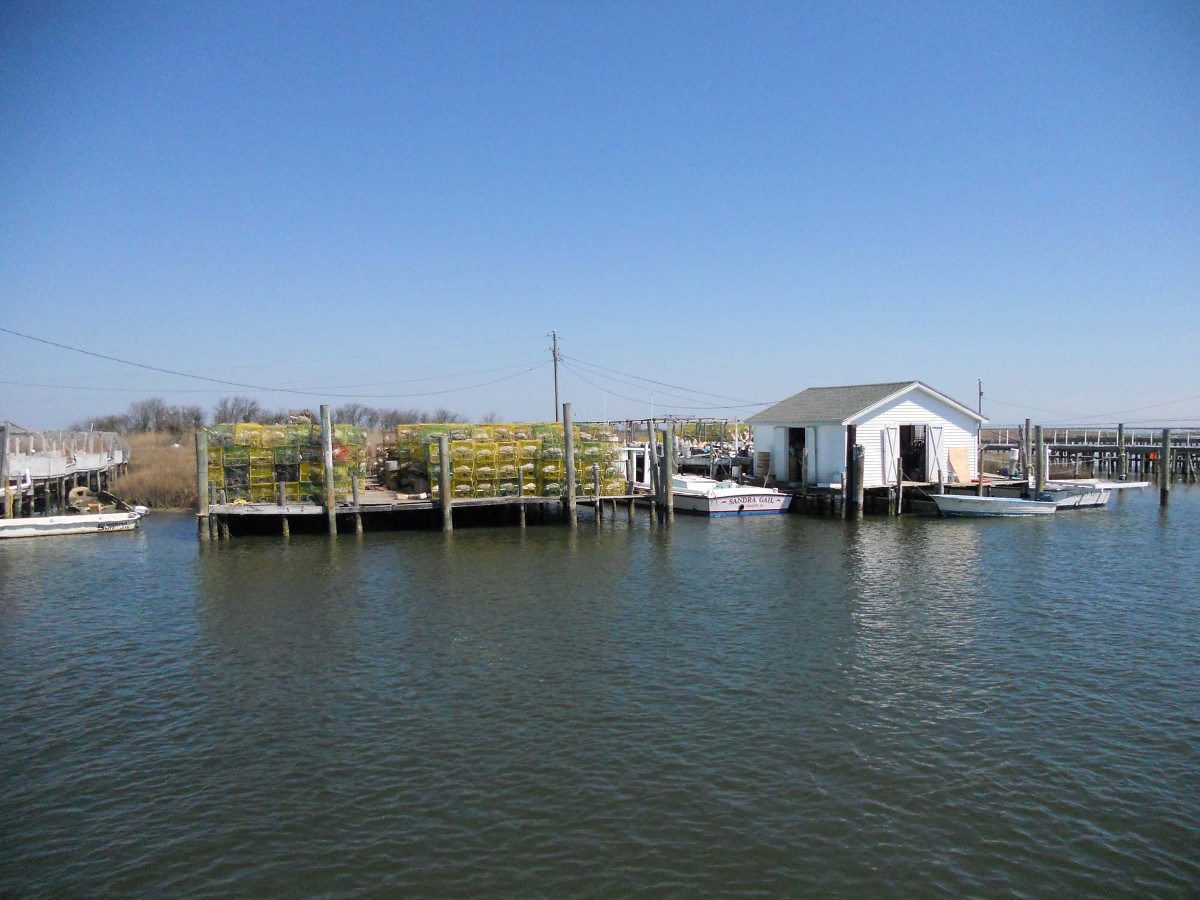 The Tangier Island Historic District encompasses architectural and archaeological resources on this island that is home to a traditional watermen’s community that is part of Accomack County. Prior to the arrival of Europeans in the 1600s, successive groups of indigenous people harvested marine life and other resources on Tangier Island for millennia, a tradition maintained through contact with European explorers during the 17th century. While livestock overseers may have resided on the island as early as the 17th century, the first recorded settlement occurred in 1778. The island’s settlers emigrated from England’s Cornwall and Devon areas, possibly the origin of a unique spoken accent shared by today’s Tangierians. Along with the tradition of maritime activity, island culture was heavily influenced by Joshua Thomas, a Methodist minister who resided there beginning in 1804. His legacy includes the island’s landmark Swain Memorial United Methodist Church. During the War of 1812, the British established Fort Albion on a part of the island now submerged beneath the Chesapeake Bay. Starting in the 1840s, harvesting oysters and fish became islanders’ primary economic activity. By the late 19th century, oysters and blue crabs emerged as the primary commercial export to mostly northern markets, especially in Baltimore and New York City. At the time of its listing, Tangier Island remained Virginia’s only watermen community largely dependent on seafood commerce, with about 60 to 70 watermen using traditional “Deadrise” boats, the official boat of Virginia, to pursue their livings.

In 2015,the district was extended to include an area, now under water, where the British established Fort Albion in 1814. At Fort Albion self-emancipated African Americans, who had escaped slavery to join British forces, were trained as Colonial Marines in the British navy. Now an underwater archaeological site, Fort Albion was designated by the National Park Service as a place on the National Underground Railroad Network to Freedom due to its direct association with the emancipation of thousands of enslaved African Americans during the War of 1812. The area covered by the 2015 boundary increase is also important for its association with the history of Methodism on Tangier Island and for early 20th-century military ordnance testing. The period of significance for the expanded district spans from around 1808 to 1921, beginning with the first religious camp meetings at the submerged site and ending with a significant military ordnance test associated with early aeronautics.
[VLR Listed 6/18/2015; NRHP Listed 8/24/2015]