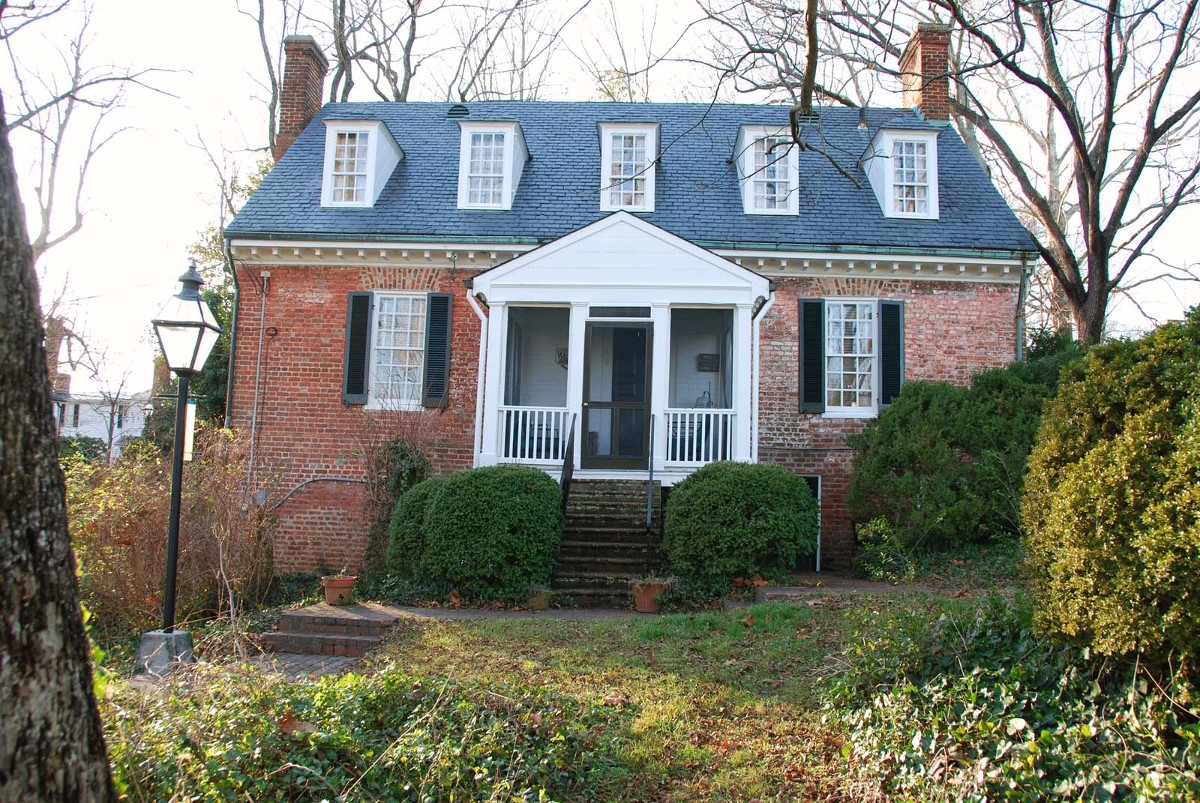 Sandwich may be one of the oldest buildings in the Urbanna Historic District. Built in the second half of the 18th century, the brick house sits on a bluff overlooking Urbanna Creek and the Rappahannock River. It has served as a residence for a number of individuals significant in local, regional, and national history, including Francis Makemie, founder of the organized Presbyterian Church in America; John Gordon, who helped establish the port town of Urbanna; Virginia Governor and United States Congressman Andrew Jackson Montague; and Gay Montague Moore, an early pioneer in Colonial Revival architecture and a leader in the preservation of Old Town Alexandria. Moore’s work is reflected locally in the 1930s restoration of Sandwich. Though it had not been confirmed at the time of its listing, Sandwich may also have served as the customs house in Urbanna before the Revolution—documentary descriptions of the customs house match it well—and the 1930s restoration revealed a large basement vault room and an interior window that could have served as a transaction window.