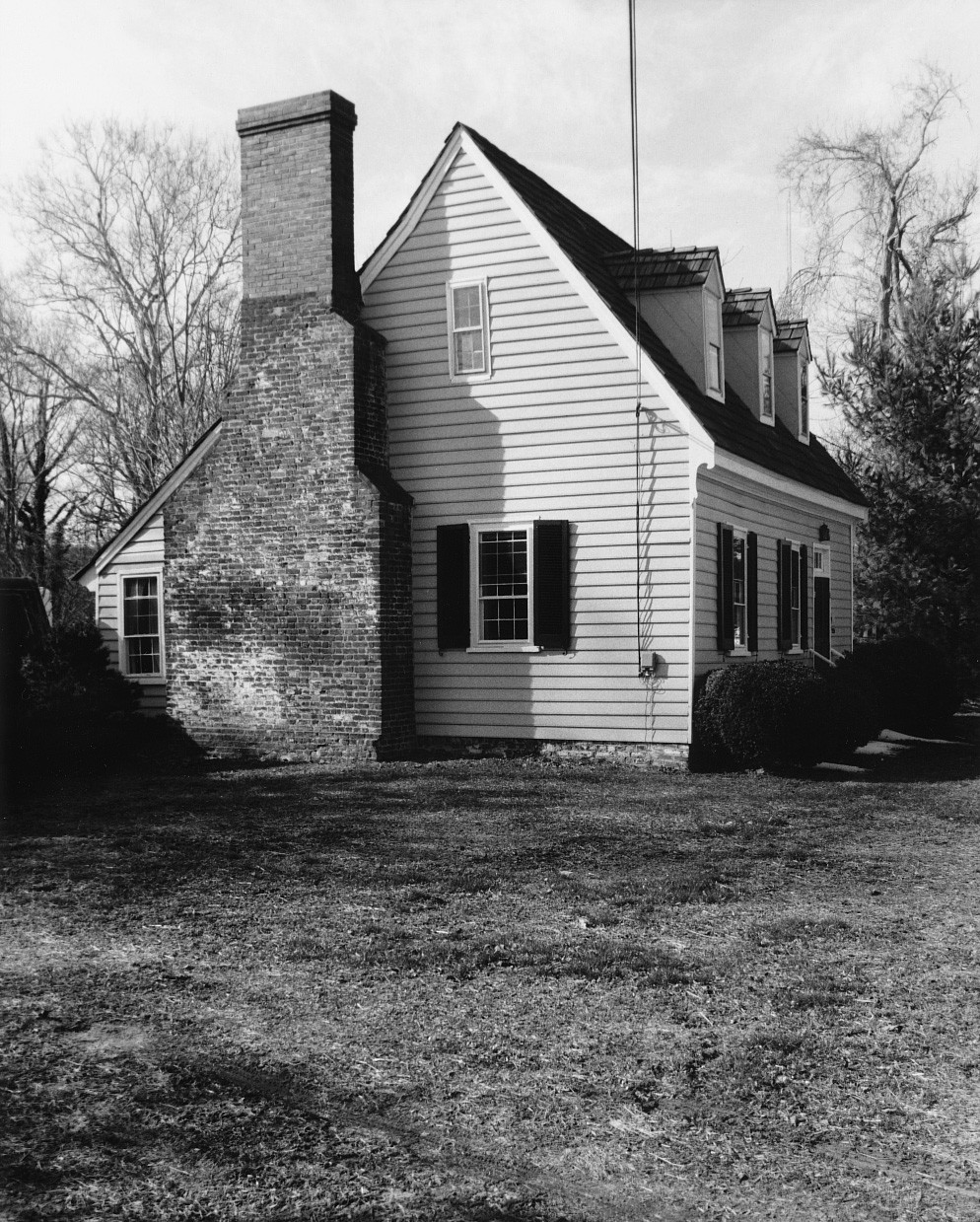 The Wormeley Cottage is the simplest of the few early houses remaining in the once bustling colonial port of Urbanna. It stands on a lot originally owned by the Wormeley family of Rosegill, and it is assumed that they erected the building for use as a plantation overseer’s house ca. 1747. It was later owned by Arthur Lee of nearby Lansdowne. The small house, with its side-hall plan, gabled dormers, and steep roof, is a typical example of Tidewater Virginia vernacular architecture. The asymmetrical chimney, with its tiled weatherings, is a fine specimen of 18th-century masonry. The interior is simple and likely never had much decoration. Early fabric includes several raised-panel doors and a double-beaded chairboard. An enclosed straight-run stair ascends from back to front. Rescued from threatened demolition, the house was restored in 1976 by preservationist Robert L. Montague III.