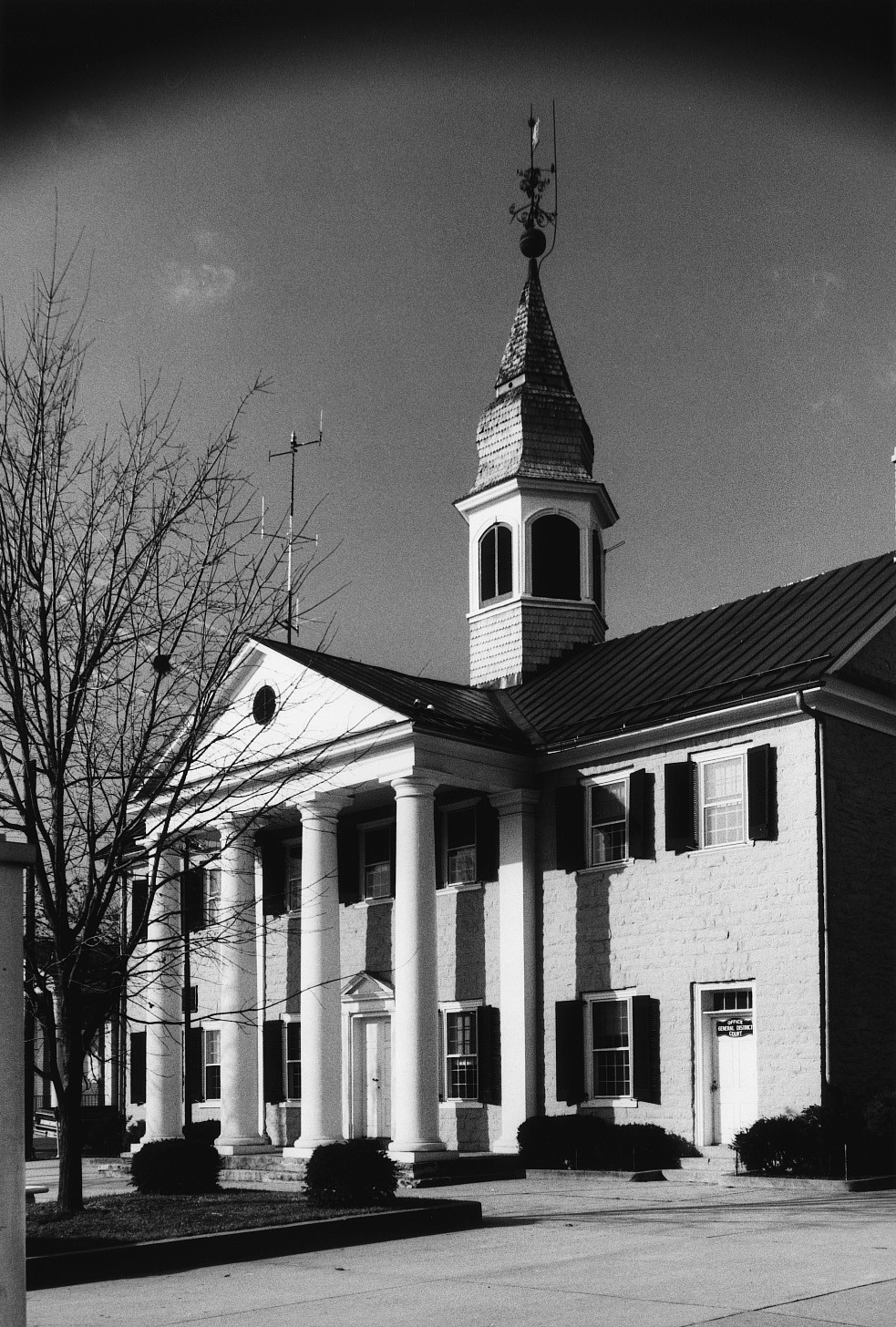 The original section of the Shenandoah County Courthouse was erected in 1795 to replace a log courthouse, and is considered to be the oldest court structure west of the Blue Ridge Mountains. The architecture of the limestone building reflects the dominance of the German settlers in the area of the town of Woodstock. Its most distinctive feature, the hexagonal, ogee-roofed cupola, recalls the belfries of German baroque parish churches. The original form remains evident despite alterations and additions. A brick Greek Revival wing was added in 1840, and a handsomely ornamented Victorian clerk’s office was attached in 1880. The Tuscan portico dates from 1920; its pediment echoes the pediment of the original central pavilion. A new county courthouse was built in the 1970s; the historic one was converted for use as county office space, with the restored courtroom used for public gatherings.