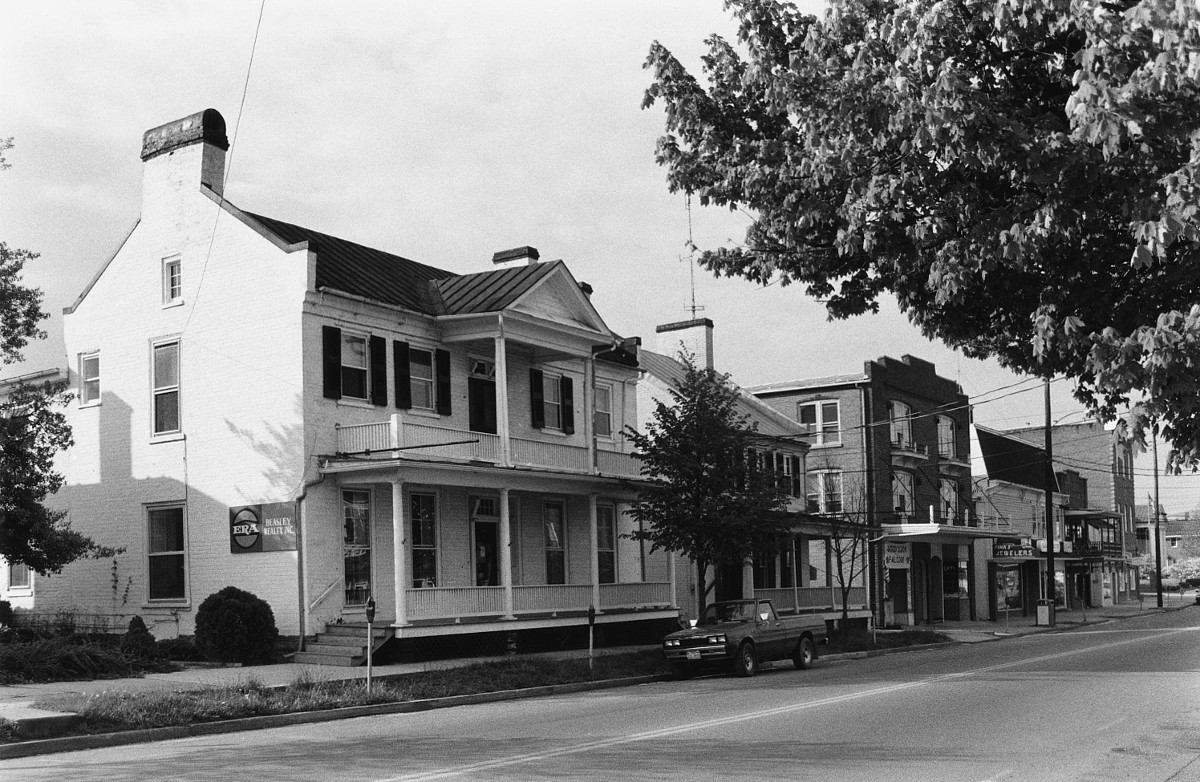 Woodstock’s rich and varied collection of residential, commercial, and church buildings reflects the evolution of this Shenandoah Valley linear community over more than two centuries. Established in 1761, Woodstock boasts the 1795 Shenandoah County Courthouse, considered the oldest courthouse west of the Blue Ridge Mountains. Commercial development was spurred by the construction of the Valley Turnpike in the 1830s and the Manassas Gap Railroad in 1856. Although Woodstock witnessed troop movements, it was spared significant Civil War damage. The local economy was sustained into the 20th century by the establishment of several small industries and businesses. The historic district centers on a mile-long stretch of Main Street, the former Valley Turnpike, which is lined with closely-spaced buildings, most placed directly against the street. A principal institution is the Massanutten Military Academy.