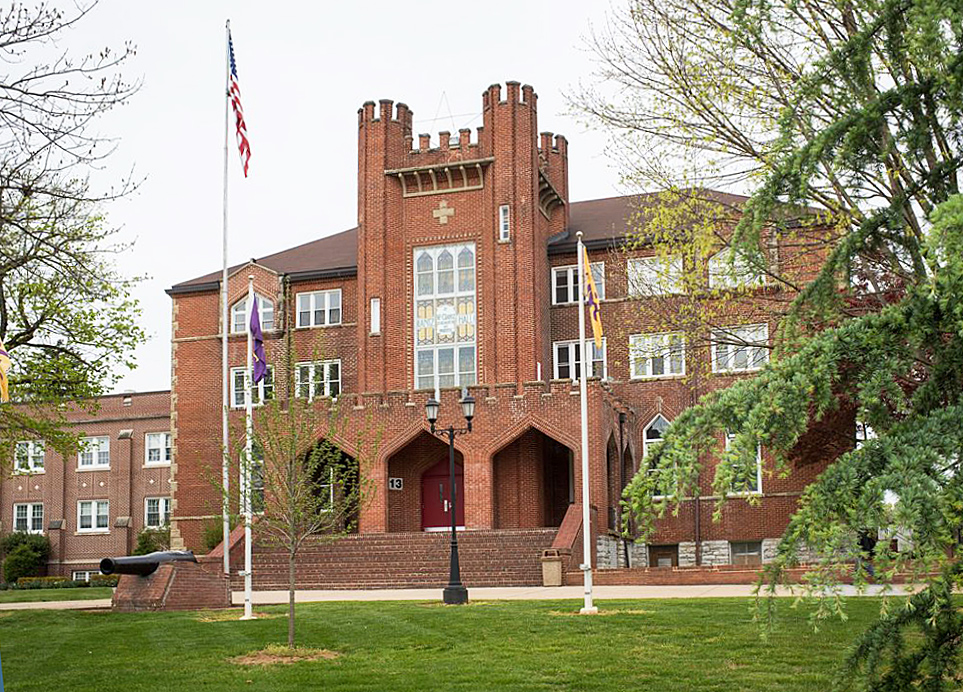 Lantz Hall was built in 1907 as the second, and primary, building of the Massanutten Military Academy in the Town of Woodstock. Chartered in 1899, Massanutten Military Academy was organized by the Virginia Classis of the Reformed Church, presently the United Church of Christ, and was one of twelve Reformed Church institutions in the country. It was designed by the Clarksville, W. Va. firm of Holmboe & Lafferty, which made use of a modified castellated Gothic style popular for military schools. The composition is dominated by a central tower with corner crenelated turrets. The building originally housed fifty-two boys and four teachers, and contained an auditorium and gymnasium. Its patron was William C. Lantz, a founding trustee of the Academy, who dedicated the hall to the memory of his parents, Mr. and Mrs. George Lantz, descendants of early German settlers of Shenandoah County.