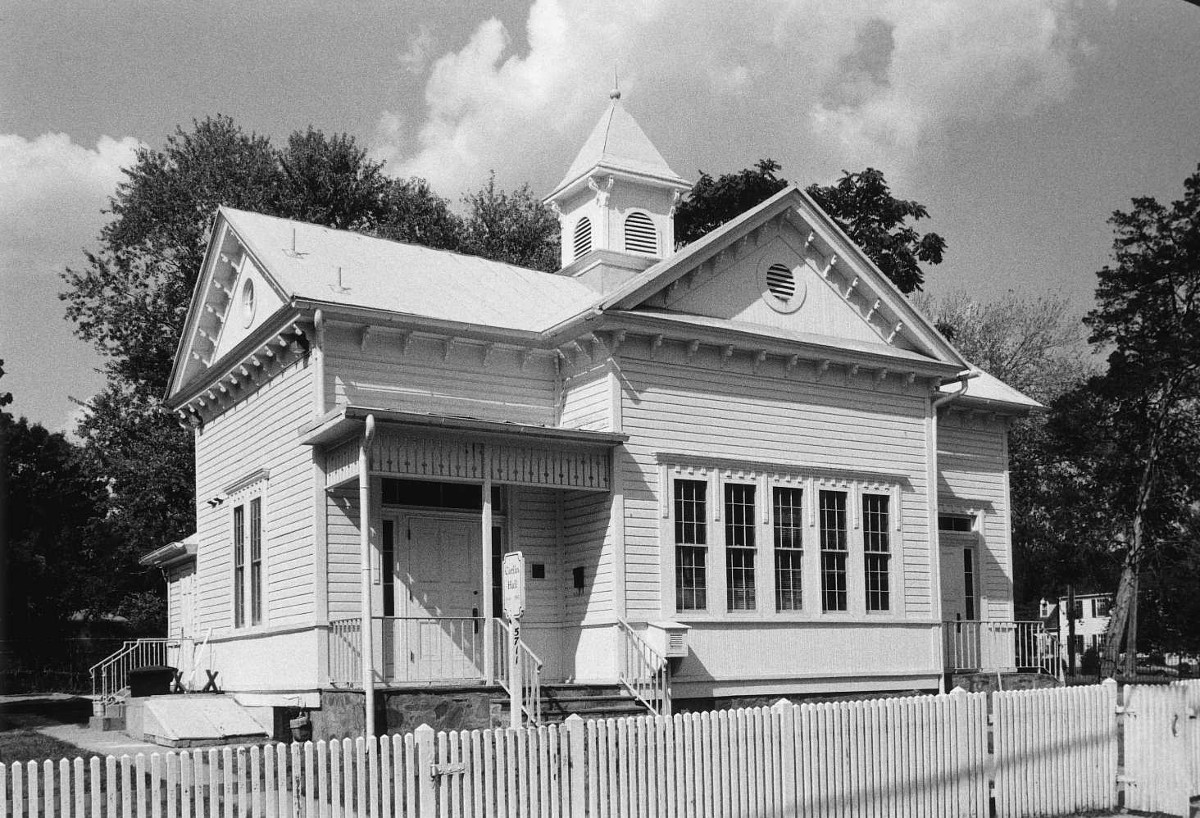 A fanciful piece of late Victorian civic architecture, Carlin Hall was built in 1892 for the Carlin Hall Association. The hall was central to the Glencarlyn neighborhood, the earliest planned suburban subdivision in Arlington County, begun in 1887 and originally called Carlin Springs. Until 1920, the building served as a meeting place for the civic association and the local Episcopal congregation. Dances and other social events were also held here. The building is the work of a local carpenter, Theodore Bailey, who mixed stock materials for the exterior embellishment of the cross-shaped structure. The property was donated to the local school board in 1920 after the Glencarlyn School was destroyed by fire. It served as the community school until 1953 when it was returned to the Carlin Hall Association. In 1962, the association deeded the property to Arlington County for a recreational and cultural center.