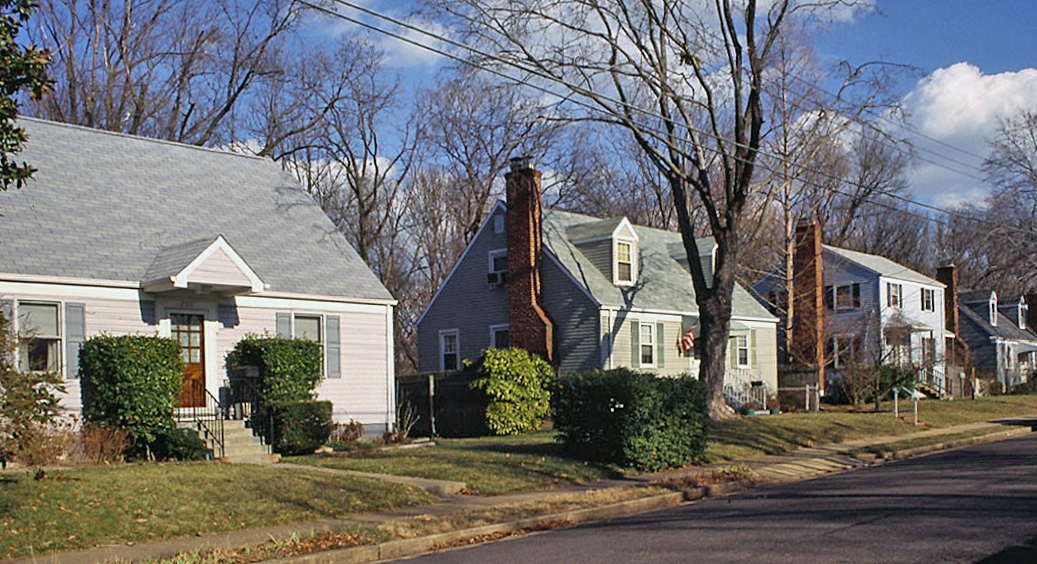 Claremont Historic District, a residential suburban neighborhood in Arlington County of 1-1/2-story Cape Cod and two-story Colonial Revival-style houses, arose between 1946 and 1954 as a direct response to the need for affordable housing immediately following World War II. Claremont was one of only a few subdivisions composed of all-frame houses in greater Washington, D.C., during the WW II era. Historically, Claremont reflects the advent of new building technologies and materials that resulted from the shortage of traditional materials during and immediately after World War II. The subdivision’s design was a collaboration between local developer Gerald A. Freed—son of Allie Freed, whose vision of affordable housing created the highly-praised garden apartment complex of Buckingham in Arlington County—and architects Allan F. Kamstra and Albert D. Lueders, both of whom had worked closely with renowned garden city planners Clarence Stein and Henry Wright. Accordingly, Claremont has winding streets with small, yet efficiently-planned houses of traditional styles—suggesting that new materials used in a conventional form appealed more to buyers than modern materials in modern house forms. In 1954, Freed developed the last section of Claremont, which consists of ranch houses that indicate the changing trends in house designs due to a shift in consumer preferences and increasing incomes during the 1950s.