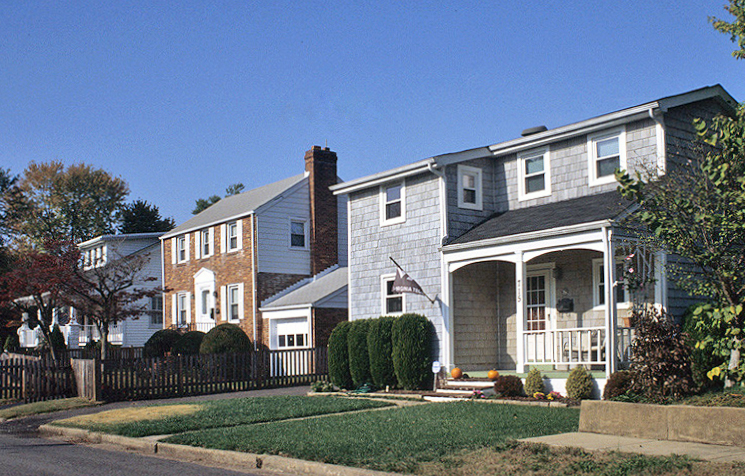 The Aurora Highlands Historic District, a commuter suburb of Washington D.C., grew with the arrival of commuter railways, buses, and automobiles during the early 20th century. It was developed between 1896 and 1930 from three subdivisions under the direction of more than 20 builders and developers, who expanded on the initial subdivision plan of the Addison Heights Company. The Aurora Highlands displays the principles of neighborhood planning advocated by the Federal Housing Administration, as evidenced in its accessibility to public transportation, retail centers, schools, parks, and churches within a unified community. The majority of the existing houses, built between the early 1920s and the late 1950s, provided housing for an influx of government employees, especially those persons employed at The Pentagon after its construction was completed in 1943. Many houses were built on speculation, with confidence that the area’s rapidly growing population would provide willing buyers appreciative of the neighborhood’s amenities and proximity to Washington.