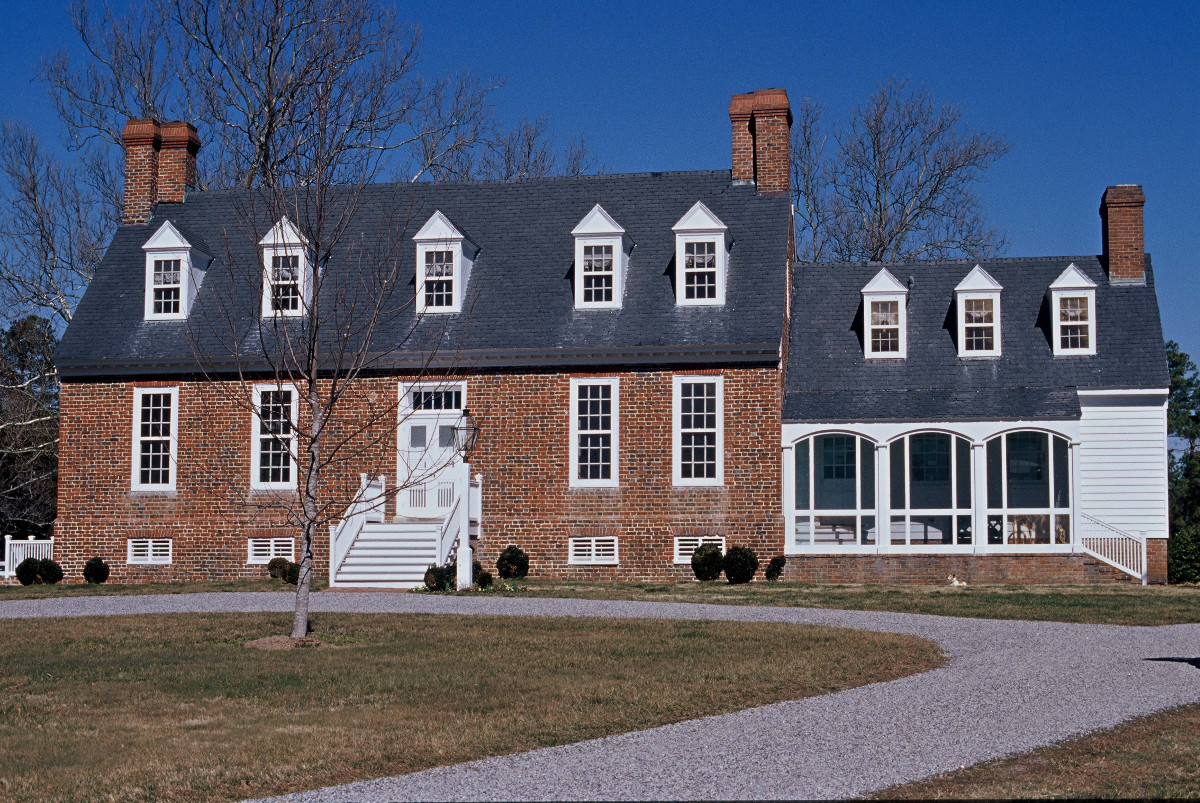 Hills Farm is the historic name of this house, built by Richard Drummond, III, in 1747 on a 600-acre plantation bordering Hunting Creek in Accomack County. Drummond’s great-great grandfather Richard Hill had patented this land in 1663. Hills Farm is an excellent example of the sort of housing built and occupied by Virginia’s planter elite during the 18th century. Its function was not only to provide a superior level of domestic comfort for its inhabitants, but also to contribute to the family’s status through the obvious costliness of its materials, size, and workmanship. The genteel colonial family who built it descended from an indentured servant—a pattern of social advancement far less common than elite families whose histories begin with a founder who arrived in Virginia with substantial resources already in hand. Hills Farm also handsomely represents a second period of historic and architectural significance, as its plain Greek Revival interior, the installation of which had obliterated its 18th-century embellishment, was replaced with a 20th-century conception of its original appearance. Hills Farm’s exterior, for the most part, retains its original features.