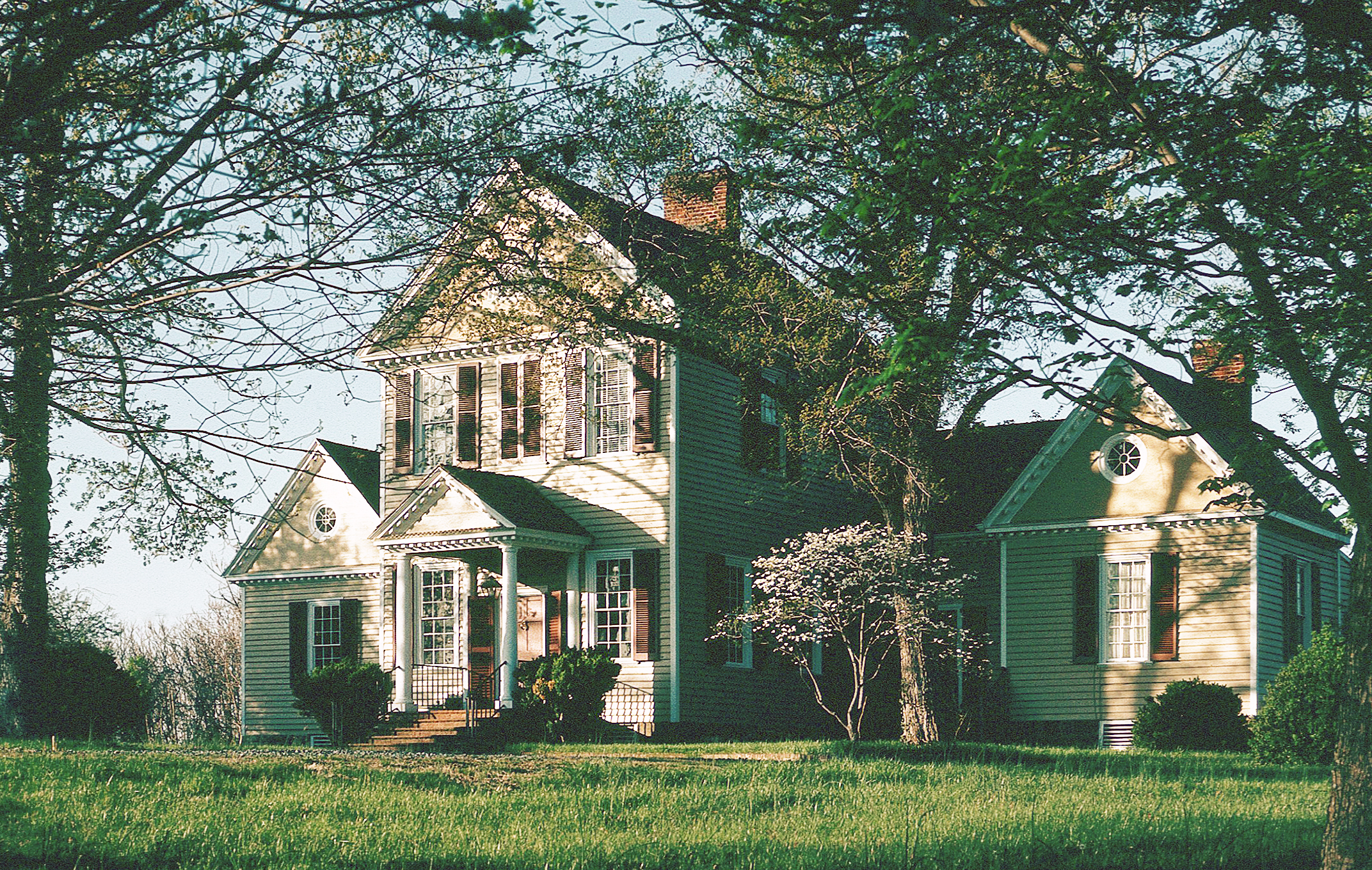 Carrsbrook is a provincial adaptation of the Palladian-style five-part house. It was built in the 1780s for Capt. Thomas Carr, a wealthy planter and soldier. Carr was the half-brother of Dabney Carr, Thomas Jefferson’s brother-in-law and close friend. In 1794 Thomas Carr sold Carrsbrook to Wilson Cary Nicholas who in 1798 allowed the property to be occupied by Peter Carr, Dabney Carr’s son and Jefferson’s ward and nephew. Peter Carr lived here until his death in 1815. Because of Jefferson’s connections with the Carrs, and his fondness for Palladian forms, it is thought that he influenced the design of Carrsbrook. Its proportions, however, veer too far from classical standards for Jefferson to have exercised a direct hand in the final product. The house is interesting from the standpoint of 18th-century building technology for retaining virtually all of its original fabric.