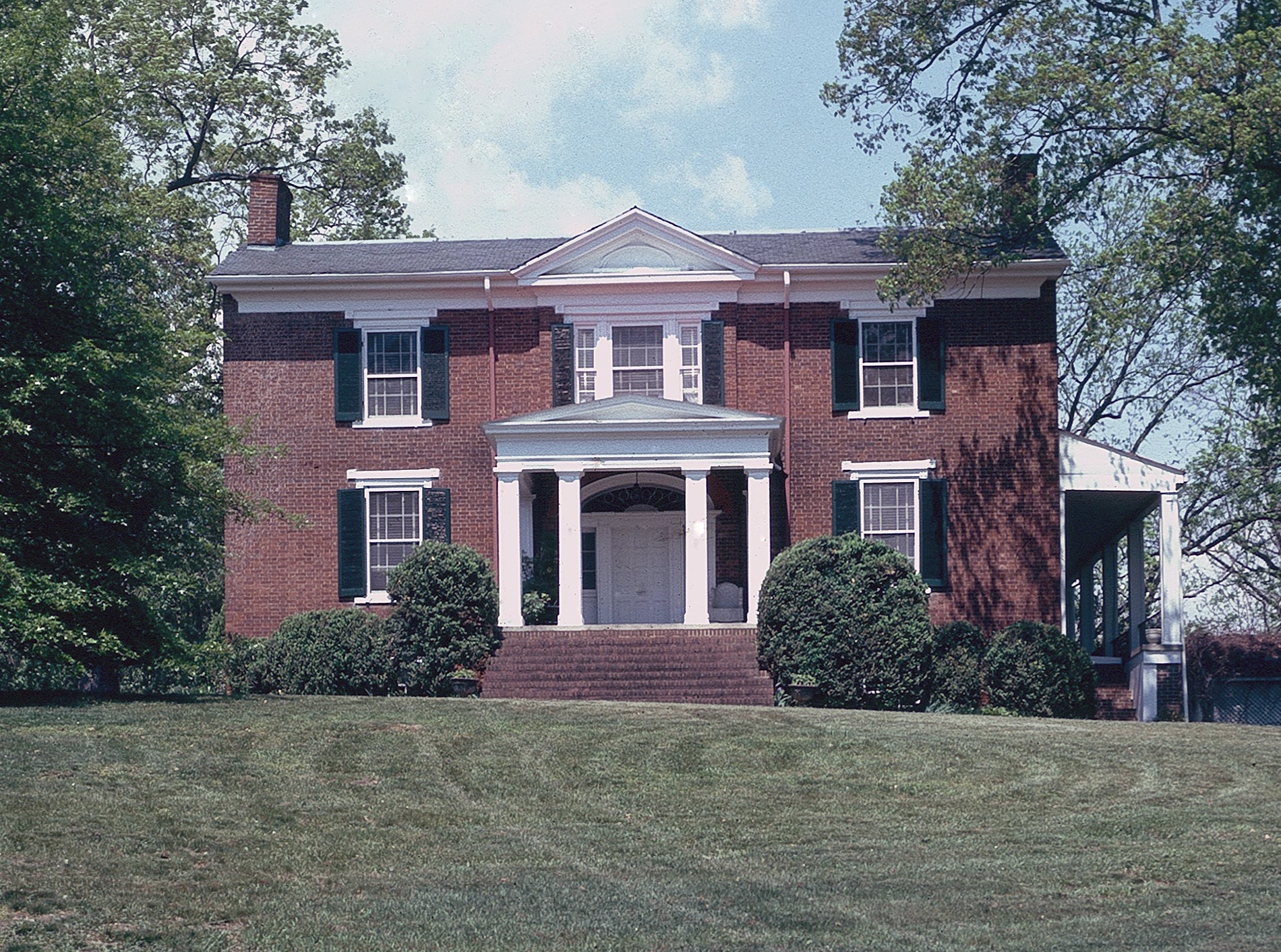 Cliffside, sited on a steep hill overlooking the town of Scottsville, is a boldly detailed expression of Piedmont Virginia Federal architecture. Profiting from Scottsville’s rise to prosperity in the antebellum period as a canal and turnpike town, Gilly M. Lewis, a local doctor and mill-owner, built Cliffside as his residence in 1835. The unusually well-preserved house is distinguished by its large scale, ambitious but somewhat provincial exterior detailing, and robust interior woodwork. As with many of the region’s early-19th-century houses, the crisply white classical trim is set off by red brick walls. Cliffside served as Gen. Philip Sheridan’s headquarters during a Union raid of Scottsville in March 1865 and also as the quarters of Gen. George A. Custer.