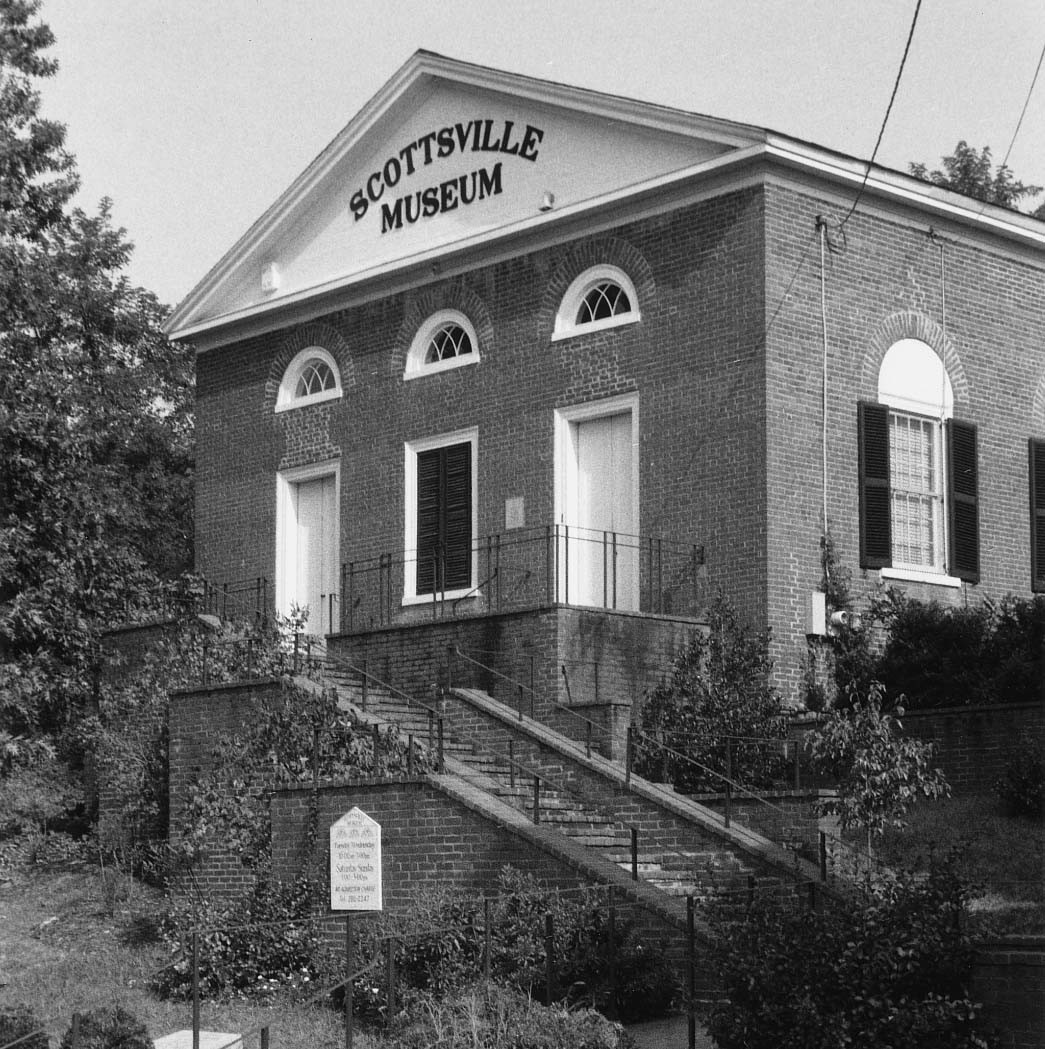 Scottsville began in 1732 when Edward Scott, a Goochland burgess, patented 550 acres just west of the future town. The community prospered, reaching its apogee in the early 19th century with the opening of the James River and Kanawha Canal. Scottsville soon became an important flour market. Its decline began in 1865 when Union Gen. Philip Sheridan’s troops pillaged the place, wrecking the canal and destroying commercial buildings. Scottsville never really recovered, and its stymied growth preserved its historic character. Some 100 old buildings remain, almost half dating before the Civil War, including Classical Revival churches and a broad range of vernacular houses. Shown is the former Scottsville Christian Church, built in 1846, and now the Scottsville Museum. The small house next door was the home of Dr. James Turner Barclay, the church’s first minister.

In 2004, the boundary district was expanded to include much of the town of Scottsville from the James River north and west over the town’s hills and bluffs, and the updated nomination includes a full inventory of the buildings within the district in both Albemarle and Fluvanna counties.
[VLR Listed: 12/3/2003; NRHP Listed: 2/11/2004]