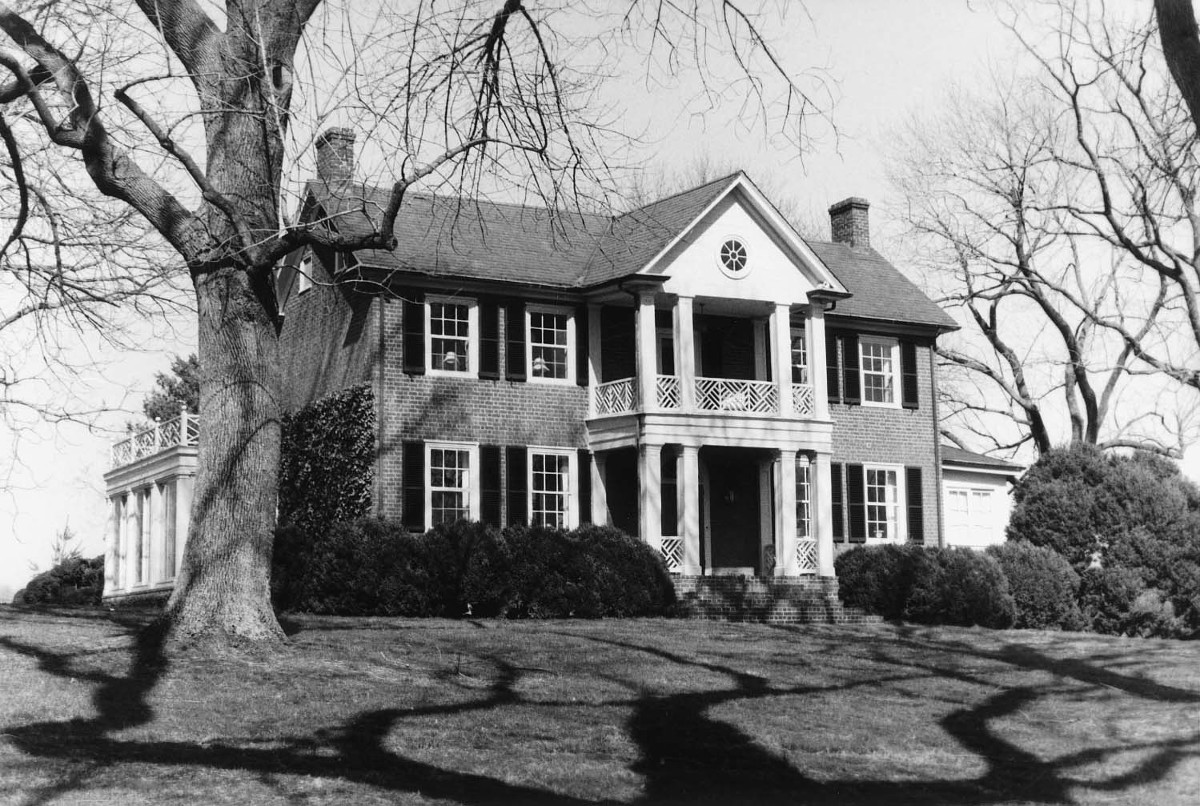 The original portion of this historic dwelling is the frame rear wing, erected around 1811 by John Rogers. Known as “Farmer John,” Rogers, along with Thomas Jefferson, James Madison, James Monroe, and Robert McCormick (father of Cyrus McCormick, inventor of the reaper), was a founding member of the Albemarle Agricultural Society, and organized the county’s first agricultural fair. The society was successful in extricating the Piedmont from its dependency on tobacco growing. At East Belmont, Rogers pioneered in soil conservation methods and establishing new crops. He also served Thomas Jefferson as overseer at Monticello. The brick portion of the house was built ca. 1834-35 by Rogers’s son, John Rogers, Jr. The late Federal structure is distinguished by is fine brickwork and two-level portico. The brickwork is said to have been executed by Rogers’s slave, Lewis Level, who also built several other houses in the vicinity.