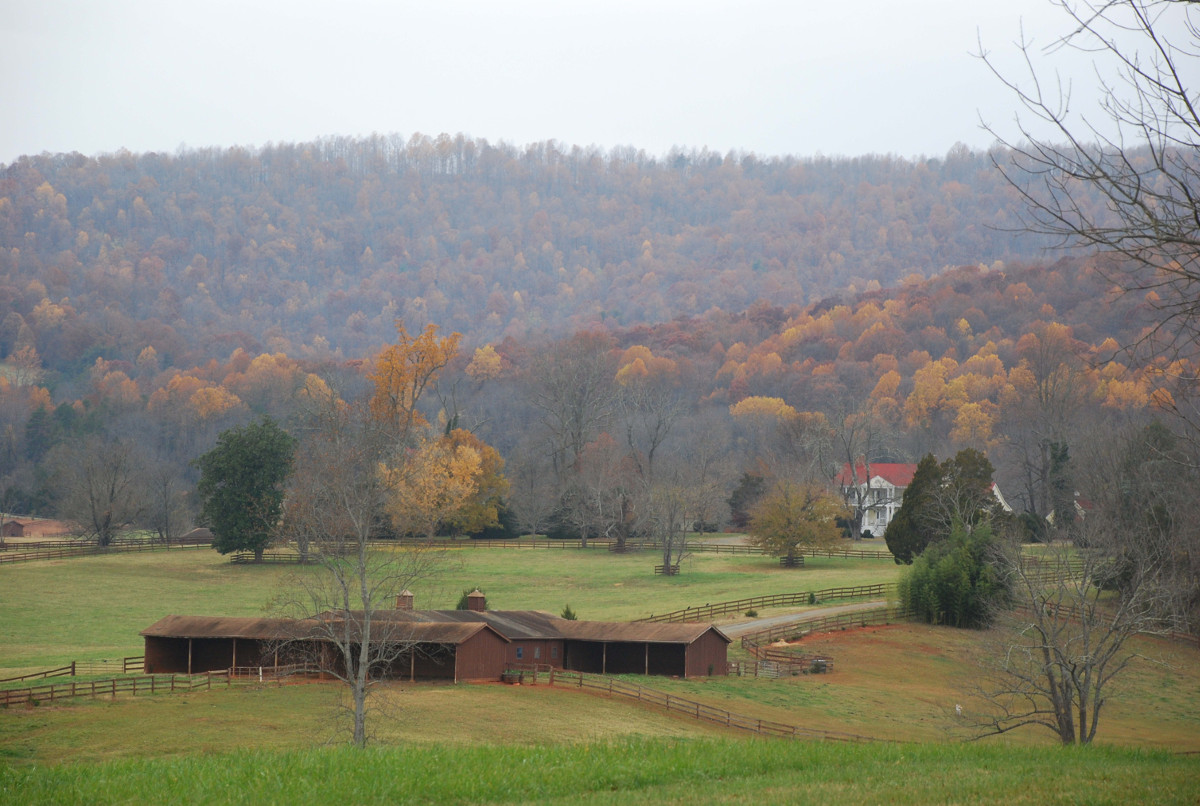 Extending from the Orange County line to the outskirts of Charlottesville, with the Southwest Mountains forming its spine, this 31,000-acre district includes some of the Piedmont’s most pristine and scenic countryside. Characterized by undulating pastures, winding roadways, forested hills, and small hamlets, the district contains a broad range of 18th-, 19th-, and early 20th century rural architecture, reflecting the evolving cultural patterns of 260 years of settlement. Although known primarily for historic estates with fine dwellings such as Castle Hill, Cobham Park, and Cloverfields, many of the district’s structures are the products of a continuous vernacular building tradition. Several African American settlements also lie in the area. Scattered throughout the district is a remarkable range of farm buildings including early barns, granaries, corncribs, stables, and sheds. A strong sense of community pride has enabled the district to protect its pastoral character from suburban development.