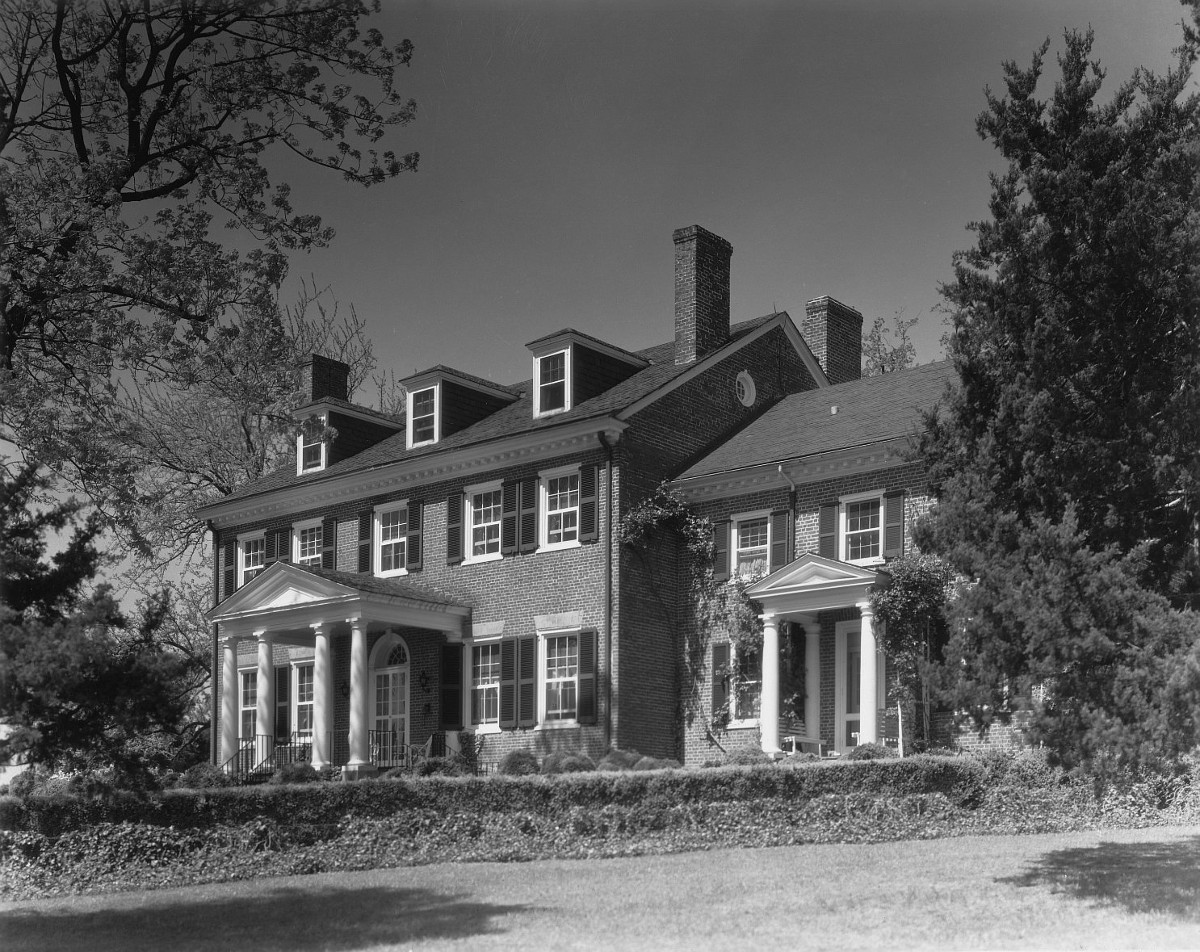 Morven was originally part of a large grant made to John Carter, Secretary of the Colony of Virginia and the son of Robert King Carter, in colonial times. In 1796 the property was purchased by William Short, who served as Thomas Jefferson’s secretary in France and later as minister to the Netherlands. Short’s modest frame house is now the farm office. The main residence was built in 1821 by Martin Thacker for the planter David Higginbotham, also a friend of Jefferson. Jefferson had drafted a plan with three octagonal bays for Higginbotham the year before. The ideal image of a patrician Virginia homestead, the handsomely detailed five-bay structure, fronted by a dwarf Tuscan portico, combines late Georgian with Roman Revival overtones. In 1926 Morven was purchased by Mr. and Mrs. Charles A. Stone, who established a noted thoroughbred stud farm on the estate. Morven’s much-admired formal garden was restored under the direction of Annette Hoyt Flanders in 1930. The property is located within the Southern Albemarle Rural Historic District.