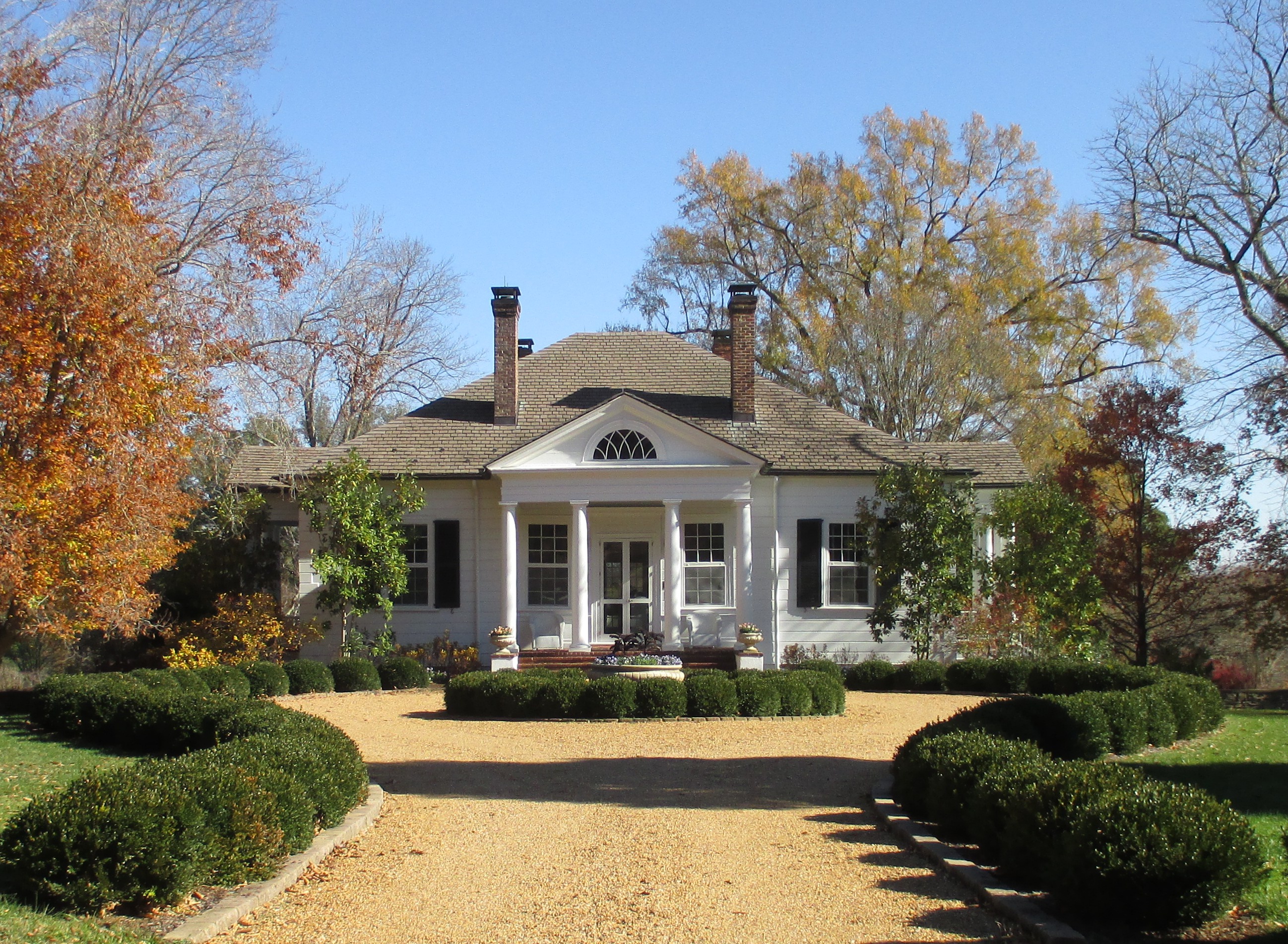 Edgemont was built ca. 1796 for Col. James Powell Cocke, a justice of Henrico County who moved to Albemarle County for its healthful climate as he suffered from malaria. Although the design is often credited to Thomas Jefferson, firm documentation for Jefferson as architect is yet to be established. Nonetheless, the Jeffersonian influence is strongly evident in the hybrid French and Palladian scheme advocated by him for domestic architecture. The otherwise modest dwelling achieves sophistication through the use of careful siting, Tuscan portico, and graceful proportions. The flanking dependencies are linked to the main house by tunnels similar to Monticello. Edgemont stood almost forgotten for many years but was brought to light in 1936 by Charlottesville architect Milton Grigg, who directed Edgemont’s extensive restoration in 1938 for Dr. Graham Clark and later in 1946 for William Snead. The terraced gardens were restored in 1981 by the owners at the time of Edgemont’s listing in the registers.  The property is included in the Southern Albemarle Rural Historic District.