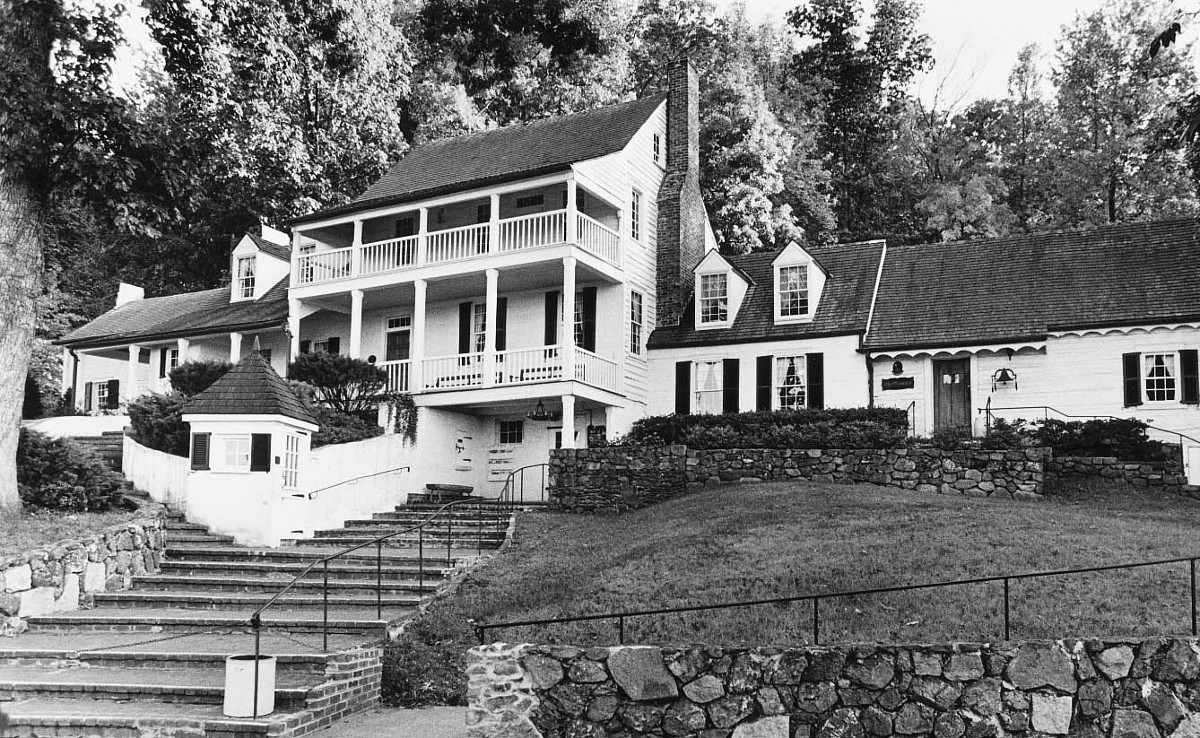 Michie Tavern is an 18th-century hostelry originally located on Buck Mountain Road in the northern part of Albemarle County. The structure was disassembled and rebuilt at its present site near Monticello between 1927 and 1928 by Mrs. Mark Henderson to serve as a museum for her collection of antique furniture, taking advantage of visitor traffic to Monticello. This effort marked an early manifestation not only of American antiquarianism, but of Virginia’s tourism industry, an important aspect of the Virginia economy developed in the 1920s and spurred by increased leisure time and the proliferation of automobiles. In 1932 the tavern was purchased by Milton L. Grigg, a noted restoration architect, who used the tavern as his office. For the past several decades the tavern, and various buildings since moved to or built on the property, have served as a museum and restaurant complex.  The tavern property is located within the Southern Albemarle Rural Historic District.
[VLR Listed Only]